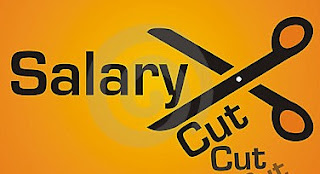 Back in 2009, my sister in law and former council colleague Helen Dick who retired from the City Council at the May election, and I decided to refuse the councillor salary increase.   Two Conservative councillors - to their credit - did the same;  not a single Labour or SNP councillor did.

I have since confirmed that I will continue to refuse that increase throughout the new council term to 2017.   It was not responsible of councillors to accept salary increases when workers across the public and private sectors were - and are - facing pay freezes and cuts.   I remain unconvinced that SNP and Labour councillors grasped that point.

I continue to also refuse to claim a single penny in expenses;  a position I have maintained over 11 years as a member of Dundee City Council - and will continue to adhere to as long as I remain an elected member of the council.

The City Council's Director of Corporate Services has recently advised me:

"I would confirm that the amounts to 31/05/12 have now been transferred to the Dundee Festival Trust. For Cllr Macpherson it is £1,252.53 and Cllr Dick £1,220.21."
Blog Update by Bailie Fraser Macpherson at 06:00
Email ThisBlogThis!Share to TwitterShare to FacebookShare to Pinterest
Labels: Dundee City Council
Newer Post Older Post Home