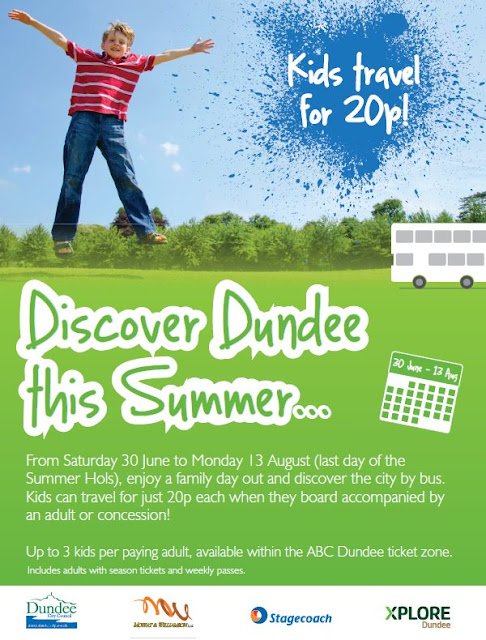 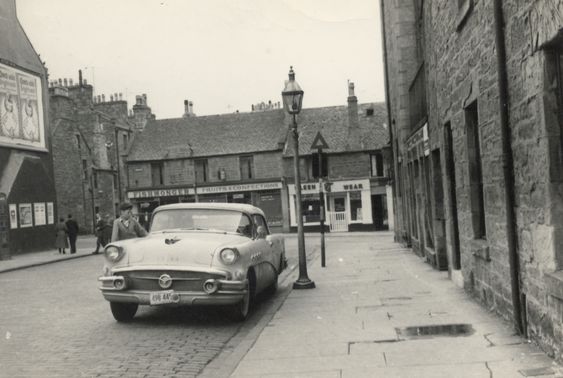 Now that the school summer holidays are commencing, my usual weekly ward surgeries do not take place, but I can still be contacted on any local issues or concerns through my e-surgery - just e-mail esurgery@frasermacpherson.org.uk.

I can also be contacted during office hours at my Dundee City Council office on 434985.

At the request of residents, over the coming days, I'll be featuring some old Dundee photographs, starting with an aerial view of Park Place & Park Lane towards the Law : 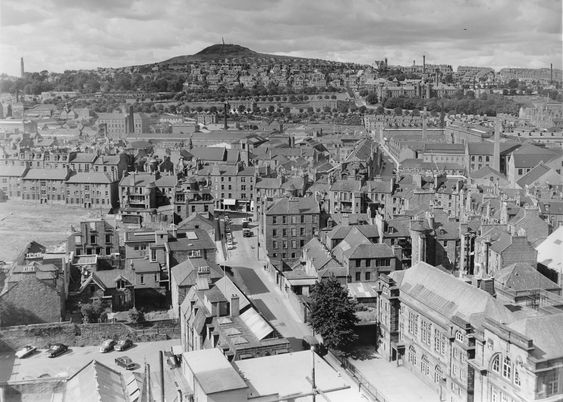 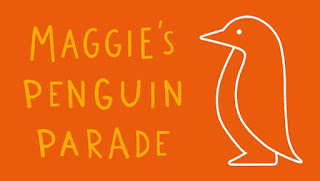 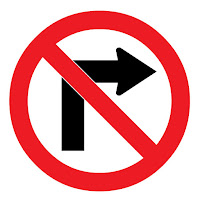 Dundee City Council proposes to make an Order under Section 14(1) of the Road Traffic Regulation Act 1984 for the purpose of facilitating traffic signal refurbishment works.  The Order is expected to be in force for two weeks from 2 July 2018.  Its maximum duration in terms of the Act is eighteen months.

Please forward any comments you may have regarding this proposal to the Network Management Team, City Development Department, Dundee House, 50 North Lindsay Street, Dundee, DD1 1LS.    If you have any queries, please call 433082.
Blog Update by Bailie Fraser Macpherson & Cllr Michael Crichton at 07:00
Email ThisBlogThis!Share to TwitterShare to FacebookShare to Pinterest
Labels: Greenmarket, South Marketgait 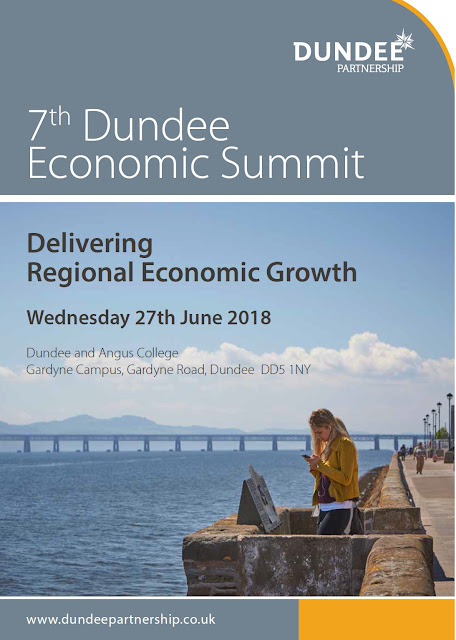 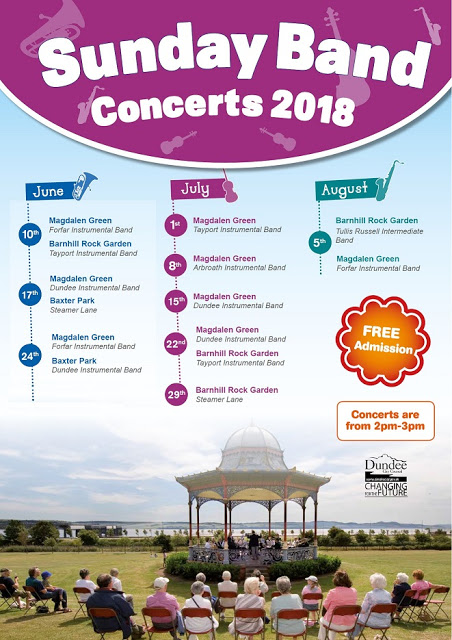 Residents have drawn to my attention the poor condition of part of the pavement on the north side of Fyffe Street.

I highlighted this with the council's Roads Maintenance Partnership and have received the following response :

"An order has been raised for a thermal patching repair to be carried out at this location. There is no specific timescale for completion but it will be done when resources are available.”

The next West End community police surgeries take place next Monday - details below and all residents welcome : 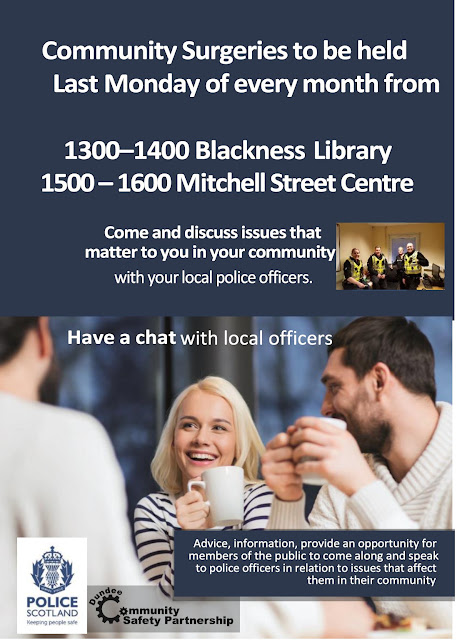 Moira Macgregor : A Life in Style 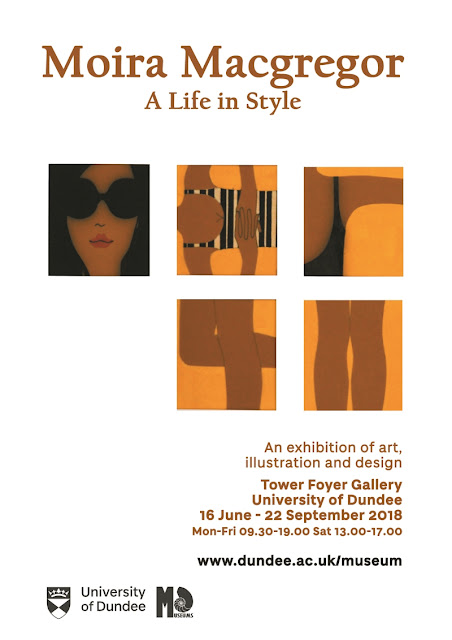 Moira Macgregor (1931-2016) was a graduate from Dundee College of Art (now Duncan of Jordanstone College of Art & Design) and built an international career as a fashion illustrator, editor and painter. Her work is characterised by her skilful draughtsmanship and a close attention to detail.

In 2017, Macgregor’s family donated a significant collection of her work to the University of Dundee, in accordance with her wishes. This exhibition presents a selection of this generous gift spanning her entire career and provides an insight into the development of her artistic practice. Her stylish fashion illustrations reflect the spirit of the 1960s and 1970s, while minutely detailed representations of food evolve into pared-down abstractions as Macgregor developed her view of the world. The collection shows the full breadth of her skill as a designer, illustrator, painter and printmaker.

Moira Macgregor was born in Dundee. After leaving Harris Academy she studied Drawing & Painting at Dundee College of Art, where she was awarded a travelling scholarship to Rome in 1954.

After working in the Netherlands in 1958-9, Macgregor moved to London to work as fashion illustrator with Helen Jardine Artists agency. She made friends with her colleague Barbara Hulanicki who would go on to found Biba in 1963. That year she married fellow designer John McConnell, and both worked for Biba. Macgregor also created the popular ‘Capable Kate’ for Honey magazine. During this time, she worked as illustrator and editor for lifestyle columns in The Observer, Woman’s Own, Nova and Glamour magazines among others.

In the 1980s and ‘90s, Macgregor’s focus shifted to highly realistic illustrations for advertising, book publishing and packaging. However, art was not just a job for her – she constantly observed the world around her and experimented with different techniques. From 1983 she exhibited regularly at the Royal Academy summer exhibitions and never stopped creating throughout her life.

As well as presenting Moira’s collection to the University, her family have endowed an annual bursary at DJCAD to support a student in undertaking a cultural study visit to another country, reflecting Moira’s own life-enhancing scholarship awarded by the College.

The exhibition will run until 22nd September and is open Monday to Fri 9.30am-7pm, Saturday 1pm-5pm.
Blog Update by Bailie Fraser Macpherson & Cllr Michael Crichton at 07:00
Email ThisBlogThis!Share to TwitterShare to FacebookShare to Pinterest
Labels: University of Dundee

One composer friend, Stuart Murray Mitchell, wrote one of the suites that Joanna Nicholson and Frances Cooper performed in concert at the Wighton last year.  He has also made a brilliant job of arranging some of the pieces found in the Wighton Collection. He  has called it Scotch Miscellany and this special piece will be performed at Fliskmahoy’s concert in St Paul’s.

Residents have drawn to my attention the poor condition of the pavement on Lochee Road from Mitchell Street to Black Street.

I highlighted this with the council's Roads Maintenance Partnership and have received the following helpful response :

"This section of Lochee Road footway between Mitchell Street to Black Street has been identified for including in the 2018/2019 footway slurry seal programme subject to budget availability. The works have yet to be programmed."
Blog Update by Bailie Fraser Macpherson & Cllr Michael Crichton at 07:00
Email ThisBlogThis!Share to TwitterShare to FacebookShare to Pinterest
Labels: Lochee Road

Our June Blether will be on Tuesday 26th June at 7.30pm at The Butterfly Café, 28 Commercial Street.

The theme this month is “SAND.”

Join us for a relaxed evening of stories and tales.     Bring a story or just come to listen.

Hope to see some of you there – all welcome!

The Gaff - exhibition in the D'Arcy Thompson Zoology Museum 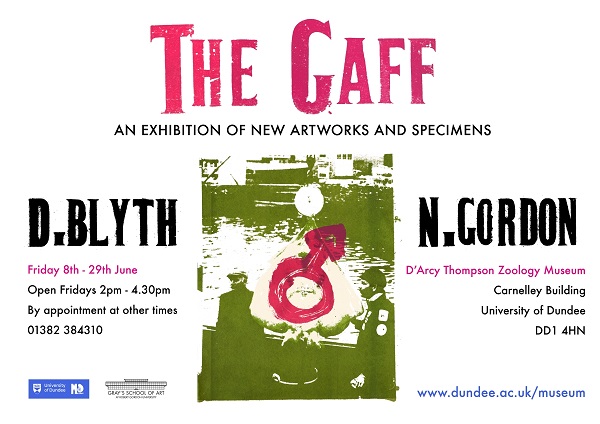 Welcome to The Gaff. Inspired by the preserved vestiges of D’Arcy Thompson’s personal collection, Scottish artists David Blyth and Nick Gordon pay homage to this visionary man of Natural Science through playful response to the displays at the D’Arcy Thompson Zoology Museum. With reference to Thompson’s seminal book On Growth and Form, the exhibition showcases individual sculptural works by the two artists unified through their interrogation of ‘material culture’ and the accepted codes of the museum experience. ‘Behave, you Animal!’

In fact, it was a mutual interest in D’Arcy Thompson’s book that brought the artists together for this collaborative exhibition. By introducing new artworks into the historical collection to challenge the conventions of taxonomy and explore alternative connections and contexts, they aim to release new ideas from the zoological specimens within the collection.

The Gaff seeks to breathe new life into the museum experience by encouraging a different set of questions about the natural world and our perceptual understanding of what this means today.

David Blyth lives and works in rural Aberdeenshire. He works at Gray’s School of Art as an academic lecturer on the Contemporary Art Practice course. David’s work involves the craft skills of taxidermy to draw upon narratives of Scottish folklore, shamanism and human-animal relations.

Nick Gordon lives and works in Stromness, Orkney, where he works as a technician at Soulisquoy Printmakers. An avid beachcomber, Nick’s work uses mixed media collage to explore our relationship with the environment. His work is a contemporary reflection of the cognitive processes of collecting, arranging, displaying and analysing – an archaeology of sorts.

The exhibition can be seen in the Zoology Museum on Fridays 2-4.30pm until 29 June.    Find out more about it here.
Blog Update by Bailie Fraser Macpherson & Cllr Michael Crichton at 07:00
Email ThisBlogThis!Share to TwitterShare to FacebookShare to Pinterest
Labels: University of Dundee 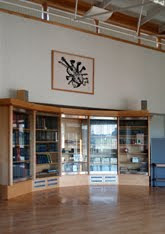 Euan Johnston and Andrew Gordon have been friends from the Scottish music scene for 15 years each a much respected performer in his own right.

Finally getting together as a duo in early 2016, Euan and Andrew have worked on a set that shows their passion for Scottish and Irish Music.

Never taking themselves too seriously, they switch from the serious to the surreal, from Spain to seals.

Their accompanying guitar and bodhran rhythms could be considered “robust” and when both bodhrans are out … mighty!

This competition celebrates the hard work being done by members of the community across Dundee in their gardens, allotments and homes.

It is open to all within the Dundee City boundary and is free to enter.

Hard copies of the application form and further information is available in libraries and community centres and it is available to download here.
Blog Update by Bailie Fraser Macpherson & Cllr Michael Crichton at 07:00
Email ThisBlogThis!Share to TwitterShare to FacebookShare to Pinterest
Labels: Dundee City Council 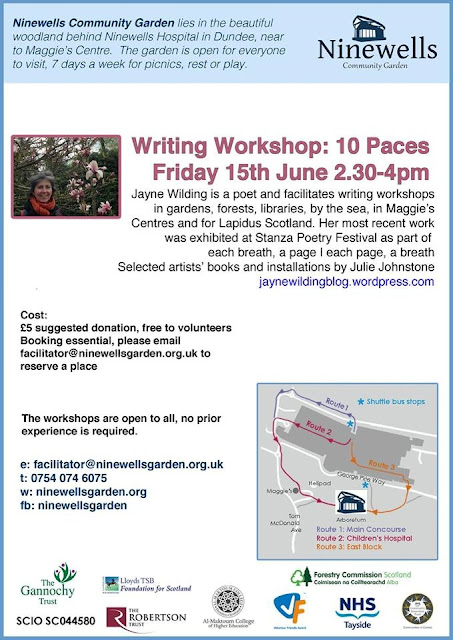 I have today launched my June 2018 Update to West End Community Council.    Subjects covered include:

The Community Council meets this evening at Logie St John's (Cross) Church Hall at 7pm - all residents welcome.      You can download my Update here.

The agenda for tonight’s meeting is as follows :

The first Sunday Band Concert at Magdalen Green is later today - starting at 2pm and with the Forfar Instrumental Band - all welcome!

Details of the remaining 2018 concerts is below : 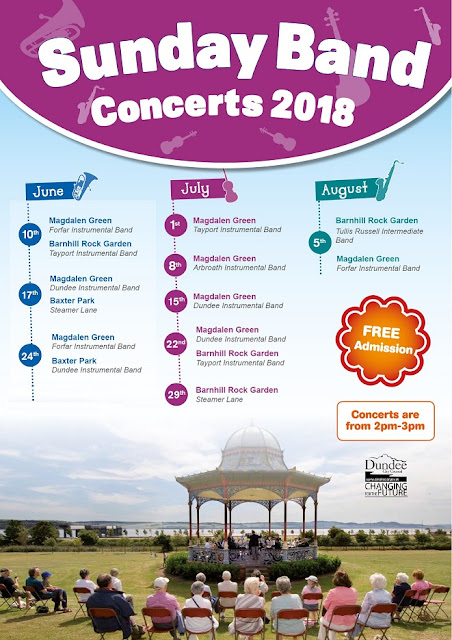 From the City Council - Note - this applies to the right turn only and does not otherwise affect Riverside Drive : 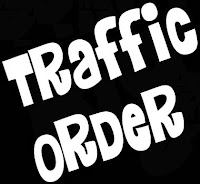 THE DUNDEE CITY COUNCIL AS TRAFFIC AUTHORITY being satisfied that traffic on the road should be prohibited by reason of gas mains investigation works being carried out HEREBY PROHIBIT the driving of any vehicle in Riverside Drive (prohibition of right turn into Riverside Approach).

This notice comes into effect on Monday 11 June 2018 for 5 working days.

A Legacy of Art & Design in Dundee - The William S. Phillips’ Fund Bursaries

A Legacy of Art & Design in Dundee 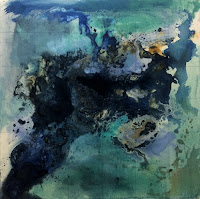 An exhibition celebrating 15 years of funding of artistic excellence at Duncan of Jordanstone College of Art & Design.

In the Lamb Gallery, Tower Building, University of Dundee, "A Legacy of Art & Design in Dundee" is running until 23rd June.

Since 2003, the William S. Phillips’ Fund has supported over 40 postgraduates with bursaries to study at Duncan of Jordanstone College of Art & Design.

This major exhibition commemorates 15 years of this funding with a wide-ranging collection of work by the recipients of the awards as well as some examples of work by William Phillips’ father, landscape painter Charles Gustav Louis Phillips.

The exhibition celebrates the extraordinary vibrancy of the art and design talent that has emerged from Dundee and its continuing influence through the wide-ranging work of these contemporary artists and designers.

The exhibition is open Monday to Friday 9.30am-7pm and Saturday 1pm-5pm.

It has been supported by the William S. Phillips’ Fund and includes works on loan from Dundee Heritage Trust.
Blog Update by Bailie Fraser Macpherson & Cllr Michael Crichton at 07:00
Email ThisBlogThis!Share to TwitterShare to FacebookShare to Pinterest
Labels: University of Dundee 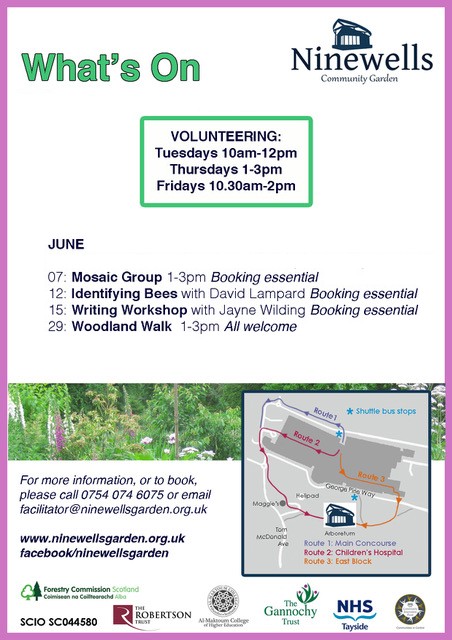 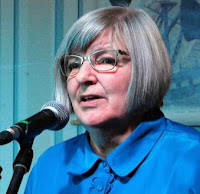 Friends of Wighton stalwart Sheena Wellington explores the considerable and unique contribution made to Scots song by ladies of genteel birth.

Lady Grisell Baillie, Lady Anne Lindsay, Lady John Scott, Lady Nairne and others were aristocratic women who loved their country and the emotive power of its native music.

Some of songs will be very familiar though their origin might be a surprise.

Some of the songs deserve to be better known as do the stories of the women who wrote them. 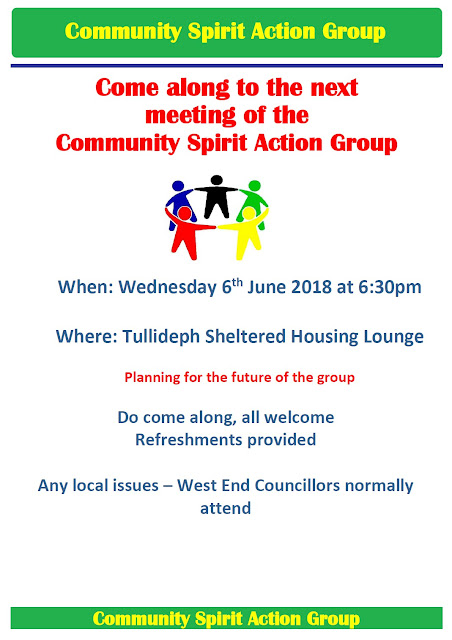 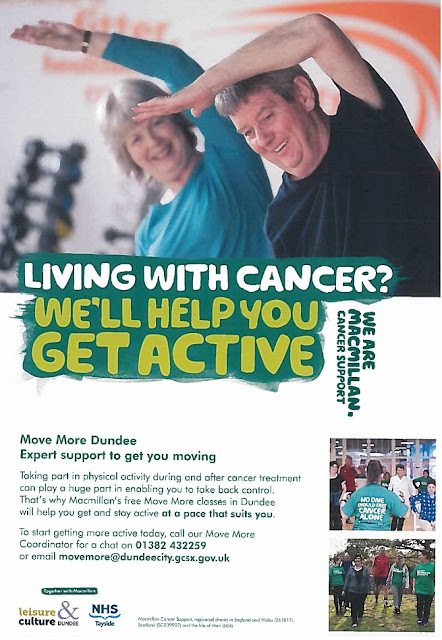 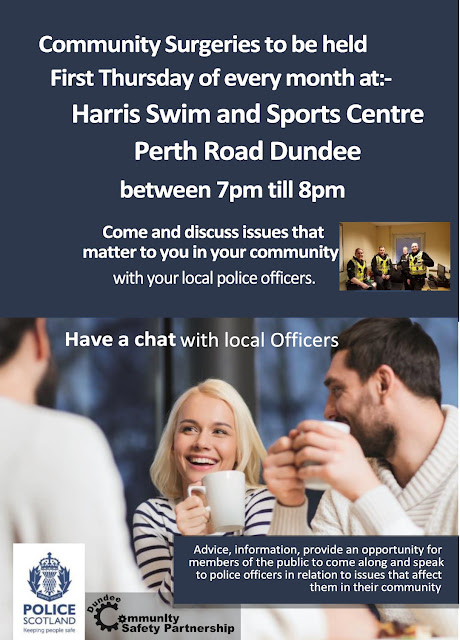 The Victoria Park Primary School Summer Fayre is on Saturday 9th June at the school from 10am until 12 noon.

There will be lots of stalls and a raffle - all welcome!
Blog Update by Bailie Fraser Macpherson & Cllr Michael Crichton at 07:00
Email ThisBlogThis!Share to TwitterShare to FacebookShare to Pinterest
Labels: Victoria Park Primary School
Newer Posts Older Posts Home
Subscribe to: Posts (Atom)