Fair funding for the West End 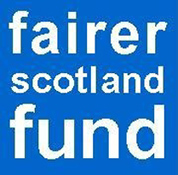 Following the Evening Telegraph recently revealing the extent of child poverty across Dundee, I have pointed out that the council’s method of distributing Fairer Scotland Funding that excludes two wards including the West End is now proved to be totally unfair and I have called on the SNP Administration to radically rethink how it distributes regeneration monies to tackle poverty in the city.

The Tele’s figures completely destroy the myth the council seems to have created for itself that instances of poverty exist only in six of the eight wards in Dundee.   At the moment, six wards in Dundee get a flat rate £125 000 each year to spend on community projects and the West End and the Ferry get nothing.

I have absolutely no issue with the six wards concerned getting their funding – it can be demonstrably proved that there is a need for such funding in these areas - but, given the evidence of child poverty in parts of the West End Ward the Evening Telegraph’s figures have revealed, it is no longer tenable for the SNP to ignore the needs of those who need this funding but happen to live within the boundaries of the West End Ward.

The Tele’s figures, revealed by the paper on 25th February showed that 22% of children within the West End Ward boundary are in poverty.  This was only marginally behind poverty levels in wards that do get regeneration funding such as Strathmartine (28%) and Maryfield (30%).    It is outrageous that the West End continues to be excluded by the SNP-led council from getting any funding to help alleviate this level of child poverty and a radical overhaul of how money is distributed must be undertaken.

The current funding formula divides regeneration monies equally between the six wards that get funding cutting out the West End and the Ferry.   However, the six wards are of totally different sizes – some like Lochee are much bigger than others - with different levels of poverty in each.  The funding mechanism the council is using is simply not fit for purpose if it is to be fairly allocated to tackle poverty – and particularly child poverty – across Dundee.

My proposal is that, henceforth, this funding is reallocated based on the % of child poverty in each ward.   In other words, if a ward had 10% of the city’s child poverty, it gets 10% of the overall funding;  30% of the poverty would be 30% of the funding.    That’s a far fairer way to distribute money to really tackle poverty and the SNP-led council continuing to totally ignore child poverty levels in the West End Ward is nothing short of a disgrace.

I am not seeking any community losing funding – I have no problem with ring fencing current ward allocations meantime to protect planned projects - but bringing some funding to the West End Ward is only right given the evidence of child poverty in the ward that the Evening Telegraph has highlighted.
Blog Update by Bailie Fraser Macpherson at 06:00
Email ThisBlogThis!Share to TwitterShare to FacebookShare to Pinterest
Labels: Dundee City Council, West End
Newer Post Older Post Home