Back in July, I updated residents about the areas of the West End covered by Phase 2 of changes to bin and recycling collection arrangements.    The changes are effective from 9th November : 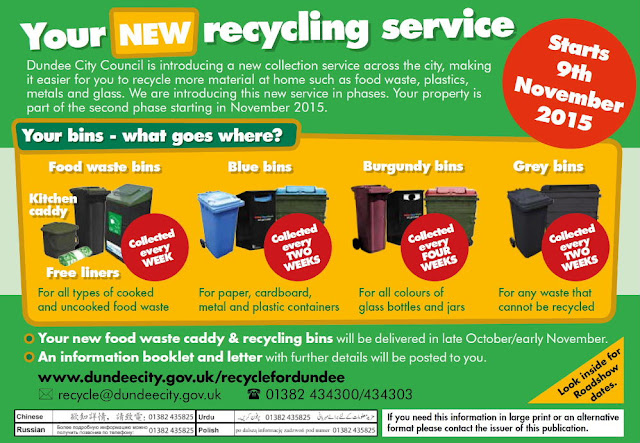 It was originally envisaged that the areas covered in the West End in Phase 2 would be most of the east and north of the West End Ward, although the Environment Department decided to exclude the areas immediately north and south of the Perth Road district shopping centre, which is to be included in a future phase.

You can see a map of the areas that are in Phase 2 in the West End in my earlier update here.

Various roadshows are taking place - some in the West End Ward - see below - all residents are very welcome to attend : 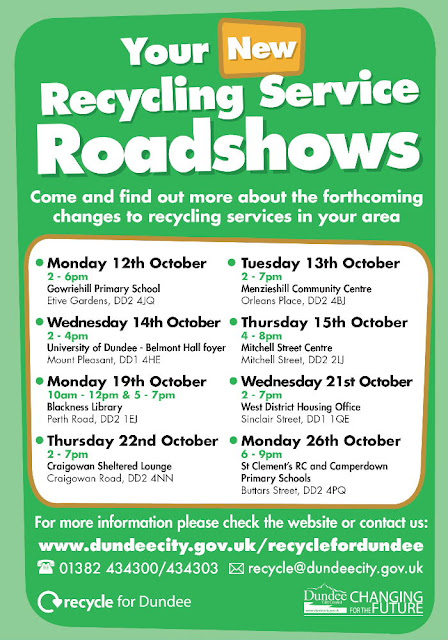