Yesterday, along with two senior representatives from the City Council's Neighbourhood Services Department (Housing) and the Community Payback Manager, I participated in a useful site visit to look at progress the Community Payback Team has made in repainting the garden railings on the non-sheltered side of the Logie estate.

Back in April at a residents' meeting I chaired, we discussed with residents the idea of asking Community Payback to (with owners' consent) paint the railings of owned properties on the south side of the estate.   As many of the railings were badly needing painted, this was welcomed by residents and I have to say that Community Payback has done an excellent job thus far with the painting - a couple of photos below : 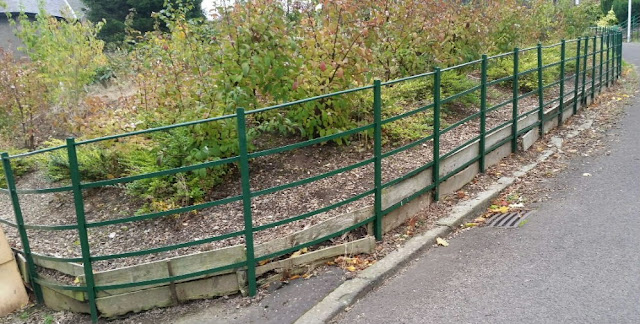 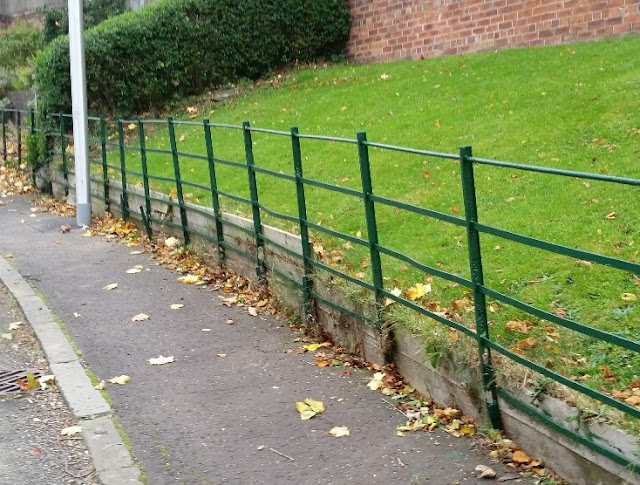 Thus far, the railings right down Logie Avenue have been painted and the team are now in Elm Street working down the side streets eastwards.   It is hoped to make some more progress up to when winter weather sets in, then complete the job in the spring.

Community Payback can repaint the railings with owners' permission but is not in a position to repair them.   However, I have had discussions with the Dundee Historic Environmental Trust who can consider applications for grant funding for repairs from owners on an individual basis.   E-mail me at logie@frasermacpherson.org.uk or call me on 459378 for more information.
Blog Update by Bailie Fraser Macpherson & Cllr Michael Crichton at 08:45
Email ThisBlogThis!Share to TwitterShare to FacebookShare to Pinterest
Labels: Logie Estate
Newer Post Older Post Home