Later this afternoon, Dr Mark McGilchrist, Chair of the Friends of the University of Dundee Botanic Garden, and I presented Dominic McMichan aged 10 with his prizes as winner of a competition run by the Christmas Fortnight in the run up to the festive season.   Dominic lives locally and attends Victoria Park Primary School.

All local school children from the 4 West End Primary Schools – Victoria Park, St Joseph’s, Ancrum Road and Blackness – and local children who attend other primary schools – were all invited to participate in a window spotting competition around the Perth Road district shopping area.   They were tasked with following a trail of clues in shop front window displays, and from the 50+ correct entries, Dominic’s emerged out the hat in the draw!

Dominic wins a year’s Family Membership of the University of Dundee Botanic Garden and also a gift voucher - Mark, Dominic and I are pictured below at the presentation at Blackness Library : 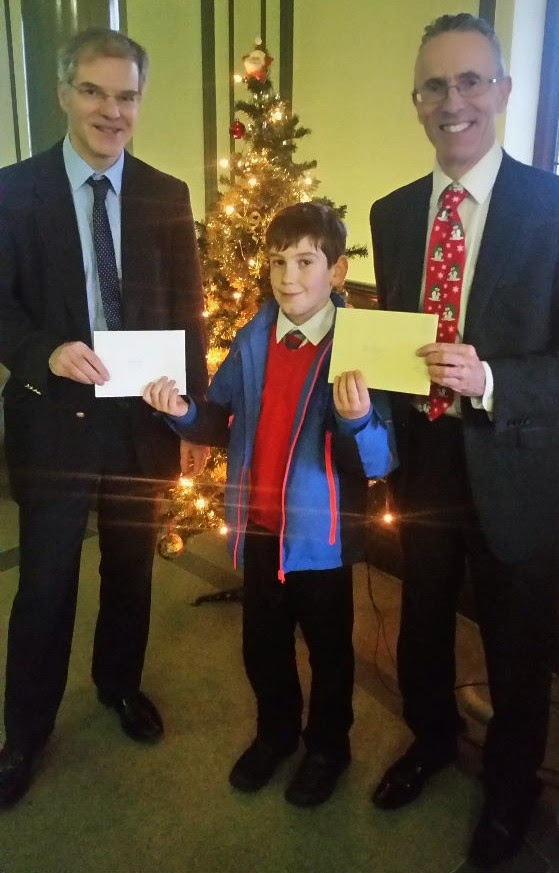