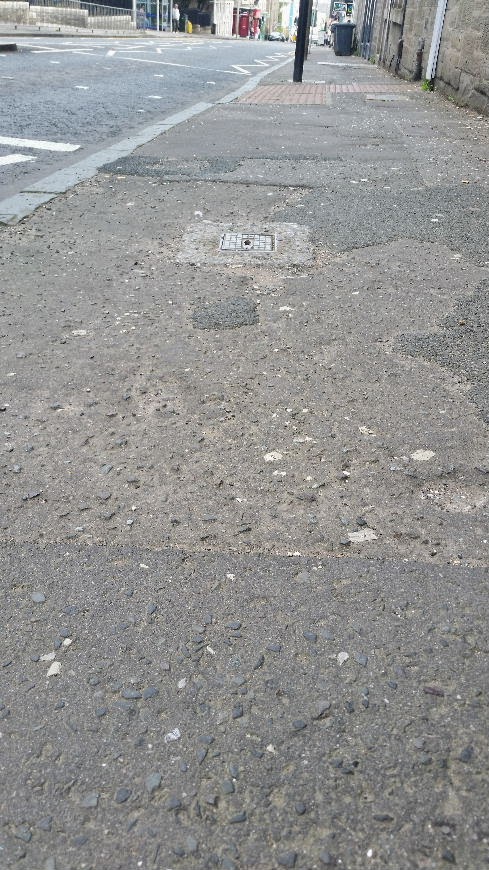 I brought this to the attention of the City Council's Roads Maintenance Partnership who advised :

"... there is a small section of footway to the East of the Bus Stop where the footway surface is worn but serviceable and as such there is no proposals for resurfacing works at the location in the near future."

I have responded saying :   "I have had numerous complaints about the section of footway to the east of the Bus Stop where the footway surface is worn – can I ask that it is considered for a future resurfacing programme?"
Blog Update by Bailie Fraser Macpherson at 08:30
Email ThisBlogThis!Share to TwitterShare to FacebookShare to Pinterest
Labels: Abbotsford Street, Blackness Road
Newer Post Older Post Home