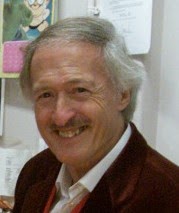 I was really saddened to learn of the passing of Jim Petrie earlier this week.

Jim was best known for his work on The Beano‘s “Minnie the Minx”, a strip he took over from original artist Leo Baxendale in 1961 and drew for 2000 issues before his retirement in 2001.

However, it was through his involvement, in retirement, with the Magdalen Artists that I knew Jim.   He was also a leading member of the 'silver surfer' computer group that meets at the Mitchell Street Centre each Monday, immediately before my ward surgery there.

Jim was a lovely, warm and engaging man and he will be sadly missed.   The Beano has published a fitting tribute to Jim - "Farewell to a Comics Legend!" that you can read here.

Here's a photo (below) I took in 2011 of Jim (centre) with the other Magdalen Artists : 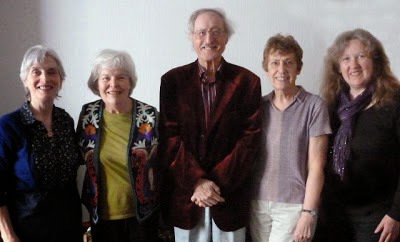