This afternoon, I had the pleasure of attending the Great War memorial shrine time capsule ceremony at the City Chambers.

This hugely well-attended event marked the opening of the time capsule which contained the records and services of Dundee postal workers during the First World War.

The time capsule, designed to commemorate the 240 Dundee postal workers who served in the Great War - and in particular the 36 who did not return.

The inscription on the shrine is : "To be opened on 4th August 2014 by the Postmaster in the presence of the then Lord Provost" and, so, fittingly, on the centenary of the day Great Britain entered the First World War, the capsule was so opened.

Here are a couple of photographs from today's moving event : 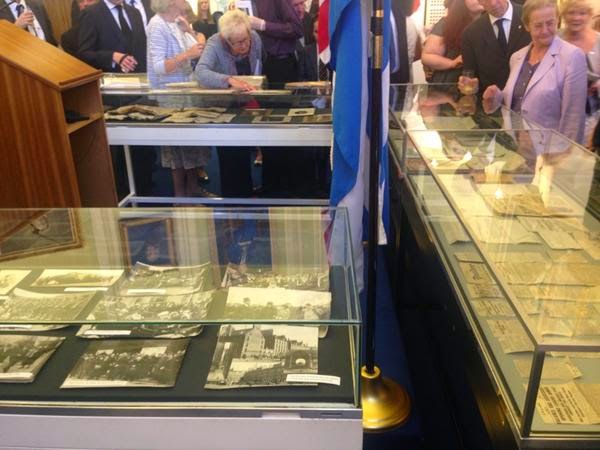