The City Engineer has advised me that the following pavement and roads surfacing programmes are planned for the West End in 2014/15 : 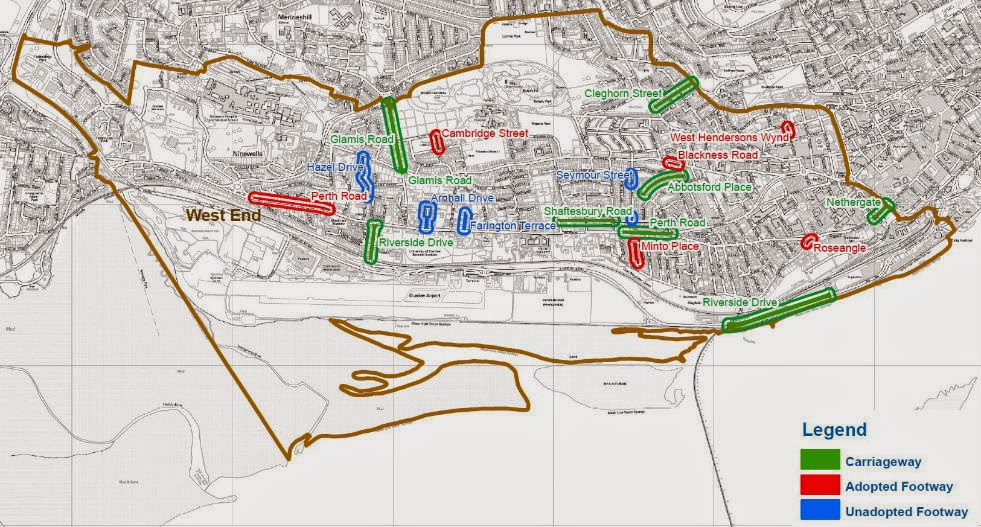 The part of Perth Road's pavements being improved is rather difficult to make out from the above map, so the one below clarifies :

It is good to see a number of long-standing poorly conditioned roads and pavements being tackled, although there is much still to be done and the requirement for enhanced capital budgetary provision for roads, as I recently highlighted.
Blog Update by Bailie Fraser Macpherson at 09:15
Email ThisBlogThis!Share to TwitterShare to FacebookShare to Pinterest
Labels: Dundee City Council, Roads
Newer Post Older Post Home