It has been an extremely busy week on West End and City Council matters thus far.   Here's some of the issues covered and meetings attended :

* On Monday afternoon, I attended a site visit along with residents and City Council transportation officers to Pennycook Lane car park.    Last year, on behalf of residents, I secured agreement from the council that the disabled bay would be widened as it is presently too narrow to allow a person with mobility difficulties to be assisted in and out of a vehicle.   The site visit was to discuss how the bay can be widened without the loss of other parking in an extremely well-used car park.   It was agreed that it can be widened to the south of the bay (removing some waste ground - see above right) and this, all agreed, is a satisfactory solution.


* On Monday afternoon, I also met planning officers regarding about unsightly advertising on utility boxes and it was agreed that the City Council will write requesting removal of these at sites where there are complaints about such inappropriate advertising. 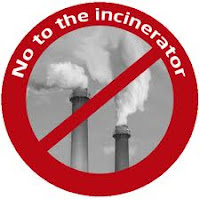 * Following my ward surgeries at Harris Academy and the Mitchell Street Centre, I took part in a very lengthy set of Dundee City Council committees at which at Policy and Resources Committee, I spoke in the debate of the proposed biomass plant for the Dundee Port area and called for the council to object to the proposal.    Committee agreed with this view (20-6) and this will now ensure that a public inquiry takes place.

At Education Committee, I welcomed the Aspire Project Proposals that will see an expansion on drama, dance and music provision in nine Dundee schools, but as no school in the West End will currently benefit from this, I asked questions about ensuring that the benefits of more drama, dance and music provision are given to all schools across the city.   I also welcomed the proposed removal of instrument tuition fees for secondary and primary pupils and asked a question about the funding of this.

At City Development Committee, I welcomed road safety improvements planned for parts of the West End and asked questions about the Hawkhill/Brown Street junction and Riverside Drive at Riverside Approach - the latter being a site I have highlighted on behalf of residents in recent months.

* On Tuesday, I attended a lengthy Scrutiny Committee of the City Council, at which, amongst other matters, I asked about ways to build on the capacity and promotion of credit unions in Dundee, queried the security policy relative to City Council-owned laptops, and queried recycling targets and performance for the city for the remaining part of 2013/14.

Later on Tuesday, I was minute-taker at the latest Friends of Magdalen Green meeting at which we had a very positive report on fund-raising, funding applications and other activities towards play equipment improvements at the Roseangle playpark.   We also discussed our proposed Christmas Coffee Morning as part of this year's West End Christmas Fortnight.

* Yesterday, I had the pleasure of attending the Harris Academy Prizegiving and it was great to see the hard work and achievements of so many Harris pupils being recognised.

Having attended the prizegiving for many years, it was rather poignant that this was the very last such ceremony in the "old" Harris building as the school moves to its temporary home at Lawton Road for three years during the construction of the new Harris Academy building.

In addition to the prizegiving itself, there was a highly professional and entertaining rendition of "The Great Escape" by the school woodwind and brass players, which was much enjoyed by all.
Blog Update by Bailie Fraser Macpherson at 07:16
Email ThisBlogThis!Share to TwitterShare to FacebookShare to Pinterest
Labels: Dundee City Council, Harris Academy, Magdalen Green, Pennycook Lane, recycling
Newer Post Older Post Home