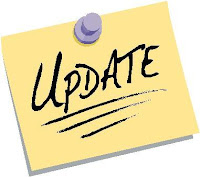 I recently raised with the City Council's Road Maintenance Partnership, on behalf of residents and the Pennycook and Sinderins Courts tenants' group, the poor condition of the pavements on the south side of Perth Road between Step Row and Sinderins.
I have received the following positive feedback :
"Footpath between Step Row and Shepherds Loan to be reconstructed.  On the programme for 2011."
However, I have asked about the Perth Road pavement on the same side east of Step Row to the junction with Seafield Road as residents in the Muirlands Sheltered Housing at Seafield Lane have also expressed concern about the poor pavement condition on that stretch too.
Blog Update by Bailie Fraser Macpherson at 07:37
Email ThisBlogThis!Share to TwitterShare to FacebookShare to Pinterest
Labels: Perth Road
Newer Post Older Post Home