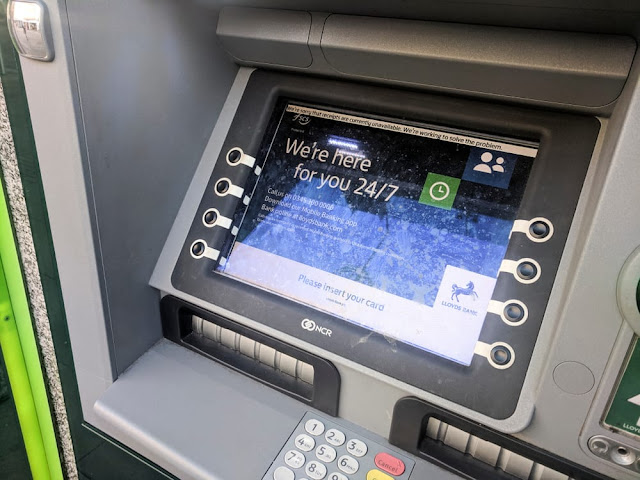 I am giving my support to a cross-party effort at the UK Parliament to secure free-to-use ATMs.

Led by Liberal Democrat MP Jamie Stone, a group of 26 cross-party MPs has called on the Payments System Regulator and the UK Government to take action on the interchange fee – allowing for ATMs up and down the country to become once again free to use.

The decision from LINK to cut the fee paid by banks to ATM providers for every cash withdrawal has passed costs usually paid by banks onto consumers, resulting in the lack of free-to-use cash machines.

10 500 free-to-use cash machines have already disappeared across the UK in the past two years - with 1 in 4 ATMs now charging Scots to withdraw cash.    We have seen this locally across Dundee including in the West End.

The letter - signed by the Liberal Democrats, SNP, Labour, and Conservative parties - as well as the Parliamentary motion introduced by Mr Stone advocates for the Payments System Regulator to introduce a tiered or zonal approach to interchange fees, which would ensure funding is fairly distributed throughout the UK to protect access to cash in all communities.

I strongly believe it is unacceptable that constituents have to pay to access their hard earned cash.    It particularly affects the vulnerable and elderly and I hope the regulator and the government take up Jamie Stone MP’s proposals.   That way, we ensure we can secure a good network of free-to-use cash machines.