Spaces for People proposals in the West End - an update #dundeewestend 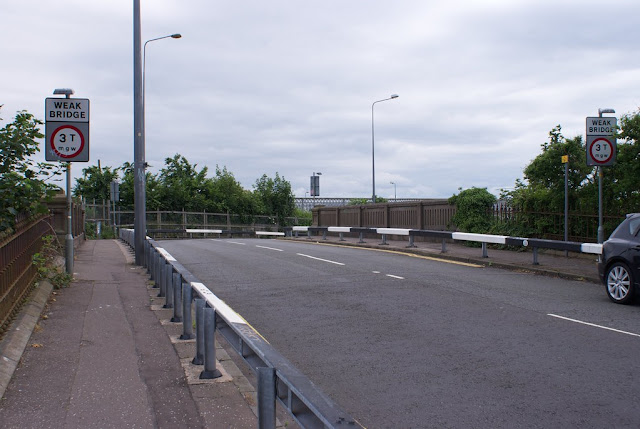 As residents will be aware, "Spaces for People" is the temporary infrastructure programme that offers funding from Scottish Government through Sustrans to make it safer for people who choose to walk, cycle or wheel for essential trips and exercise during the current health emergency.

I have already updated residents about one of the Dundee projects as part of this programme - 20mph zones of which the one in the West End around the Perth Road shopping area and lanes has had a very positive feedback already as the signing and lining goes in.

Another proposal was a proposed "modal filter" envisaged for Riverside Approach - a feature used to limit through-journeys along a street by certain modes of transport.

The principle of a filter to stop large vehicles like HGVs using the bridge at Riverside Approach then drive along the narrow Perth Road lanes, Roseangle or Magdalen Yard Road was a good one.    My problem with the proposal is that it envisaged stopping all vehicles including local residents' access to their homes via Riverside Approach and feedback from constituents was unsurprisingly not supportive.

I raised the matter with the City Council and the Parking and Sustainable Transport Team Leader has responded helpfully as follows :

"The modal filter envisaged for the area of Magdalen Green would have seen the closure of Riverside Approach at Barnett's Garage - and all but pedestrian and cyclists would have been able to use this route (north/south).    There would be no vehicular access between Riverside Drive and the Perth Road Lanes area and residents driving to and from this area would be diverted to the Perth Road - using either the bridge at the Botanic Gardens or past the University.

I have taken on board your comments and I am aware of the potential for negative feedback from residents.   Following initial discussions and experience from elsewhere, this project was placed on hold and would now only be progressed with community support.

If you can advise of an alternative site for a modal filter in this vicinity that would have the effect of reducing through traffic while retaining the support from the wider community I would willingly consider other options."

I woudl really welcome feedback from residents on possible alternative sites for a project likde this in the West End - do please e-mail me at fraser@frasermacpherson.org.uk.
Blog Update by Bailie Fraser Macpherson at 07:00
Email ThisBlogThis!Share to TwitterShare to FacebookShare to Pinterest
Labels: Roads, West End
Newer Post Older Post Home