Although, to date, I have featured West End Photopolis photographs, I’ll now feature some City Centre ones.   This Alexander Wilson photograph - below - shows the Dundee West Station (the third building on that site) with its distinctive clock tower in red sandstone. The goods yard stood to the south of the main station.

To the right of the picture is Mathers' Commercial Hotel, Whitehall Place, built in 1898 to plans by Robert Hunter.    Previously Mathers had had a temperance hotel in Whitehall Street, but increased trade required a bigger building. 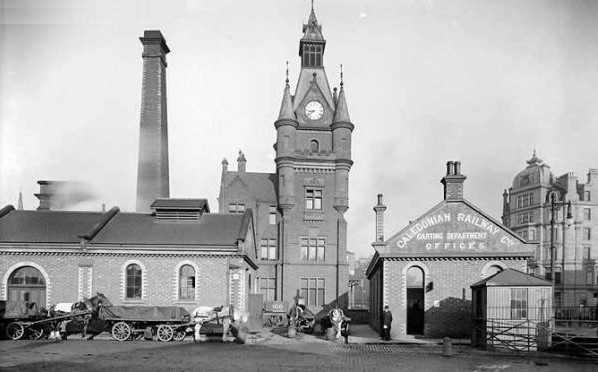