Update from Friends of Wighton 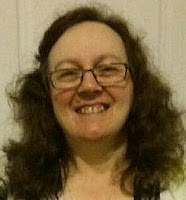 Dr Karen McAulay, Scotland’s music expert, Friend of Wighton member and harpsichord player, will explore the Jimmy Shand volumes in the context of the Wighton.   A chance to learn more about our treasured music books and to hear some of the music they contain!

Karen has been Music and Academic Services Librarian at the Royal Conservatoire of Scotland since 1988. She previously completed a research Masters at the University of Exeter in 1981, and was awarded PhD in Music from the University of Glasgow in 2009.

Her book, 'Our Ancient National Airs: Scottish Song Collecting from the Enlightenment to the Romantic Era', was published by Ashgate in March 2013.