Further to my recent article about concerns from residents regarding the problems the bus type is causing on the X7 hospital bus service between PRI and Ninewells Hospital, my colleague Cllr Willie Wilson of Perth and Kinross Council has issued this news release on behalf of his council colleague Cllr Alexander Stewart and myself : 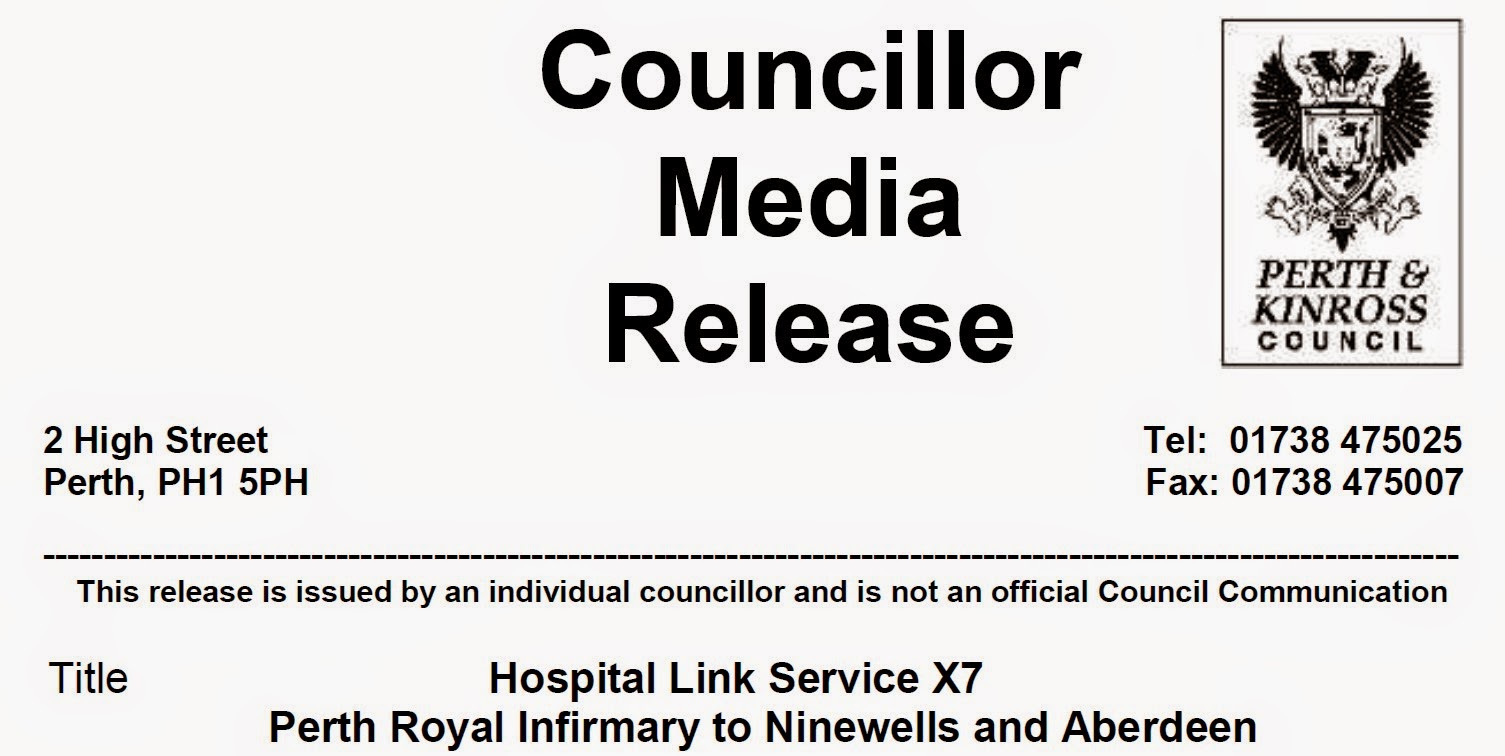 Stagecoach have now agreed to a meeting to be held on Thursday, 22 January 2015.  As well as the local councillors and representatives of Stagecoach, the meeting will be attended by representatives of the Public Transport Units of Dundee City Council and Perth and Kinross Council.

Complaints have previously been received regarding the new service about accessibility and suitability for a whole variety of passengers.  The new coaches only have one space for a wheelchair, have no dedicated built-in access ramp and the amount of seating on the lower deck is restricted to only two cramped seats immediately behind the driver.  There are no facilities for buggies and prams to be taken on the coach apart from them being dismantled and loaded into the boot.

In addition, if a wheelchair ramp is required it has to be taken out of the boot by the driver in all weathers, put in place and then replaced in the boot once the wheelchair passenger has been secured into the space at the front of the bus.  The stairs on the coach are particularly difficult to negotiate if anyone suffers from visual impairment or orthopaedic injuries.  In addition, passengers with heart conditions and those who find it difficult to negotiate the stairs on a moving bus find the coaches very difficult to handle.

“The buses are three quarter million pounds each and appear to be designed for inter-city travel, not inter-hospital work.”

“We need to have this meeting to emphasise to Stagecoach the unsuitability of the types of vehicles that are provided on this service, particularly between Ninewells Hospital and Perth Royal Infirmary.”

Councillor Alexander Stewart, who has always taken a keen interest in anything to do with Perth Royal Infirmary, said that he added his support to the efforts to have the type of coaches reviewed:

“I welcome this meeting and hope that it will lead to a serious review of the type of bus which is provided on the route, whilst the improvements to timetabling and frequency of buses will be greatly welcomed and it would appear that the company have chosen the wrong type of coach for inter-hospital travel.”
Blog Update by Bailie Fraser Macpherson at 08:30
Email ThisBlogThis!Share to TwitterShare to FacebookShare to Pinterest
Labels: Bus Services
Newer Post Older Post Home