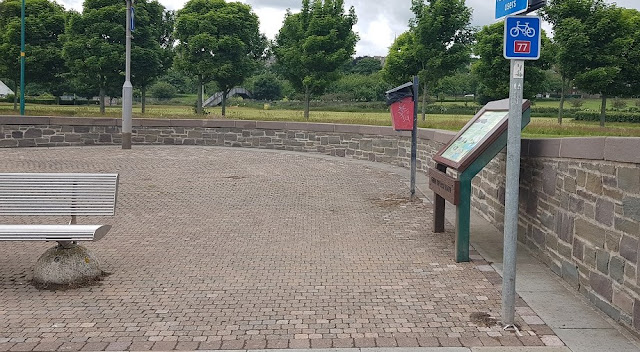 Last week, I had a very useful site visit with our local environment manager and a member of West End Community Council about environmental issues in the part of Riverside Drive east of the Bridgeview Restaurant.

We agreed the following :

We also looked at the Tay Rail Bridge Disaster Memorial which on its side facing the river is starting to wear, making the writing difficult to read - see below - and removing parts of the mural.
I have since then been in touch with the City Council's public art officer, who has helpfully responded as follows :
"I am presently working on another project which requires lettering into granite and infilled with a paint. I will ask regarding the possibility of refilling the letters.
However, this probably can be done by a local monumental mason."