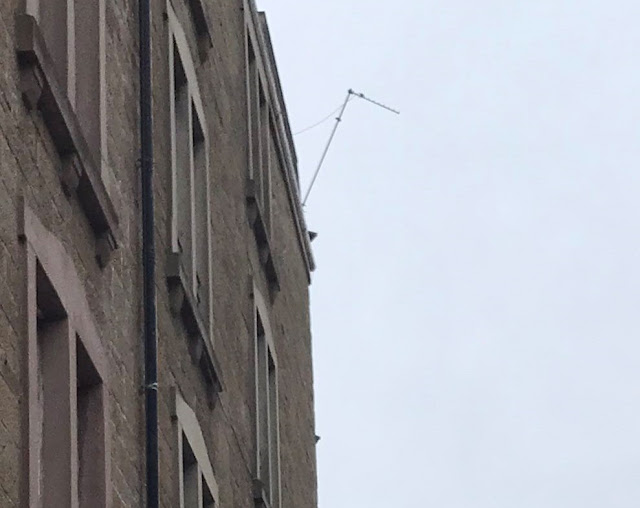 Many thanks to the residents who recently highlighted concerns that a TV aerial on a tenement on Blackness Road was hanging precariously. Given the potentially disastrous consequences if it fell onto the busy road and pavement below, I immediately contacted the City Council about this.
A Building Standards officer very promptly updated me as follows :
"I attended the property ... (and) it was noted when on site that the aerial attached to the tenement building appeared loose and was hanging over the footway.
I contacted the Scottish Fire and Rescue Service to allow access to the aerial and review the condition.
On closer inspection the Scottish Fire and Rescue Service confirmed that the aerial was firmly attached to building with wires at the base.
The fire brigade rotated the aerial back over the building."
I am grateful to both the City Council officers and Scottish Fire and Rescue Service for its very prompt response in resolving this.
Blog Update by Bailie Fraser Macpherson at 07:00
Email ThisBlogThis!Share to TwitterShare to FacebookShare to Pinterest
Labels: Blackness Road
Newer Post Older Post Home