Earlier today, I participated in the City Council's Annual Budget Setting meeting at which I was the only opposition councillor to propose an amendment (and - I would argue - improvement) to the Capital Budget.   I also proposed an amendment to the Revenue Budget.

The budget papers can be accessed here.   My revenue budget amendment was as follows:

Approves the budget savings totalling £3,310,000 as shown in the Administration Group's motion with the following amendments:

*Major Service Redesign and Rationalisation of Ground Maintenance and Street Cleansing Operations – this proposes no introduction in 2015/16 only, but further proposes establishment of an all-party working group, including officers, to determine possible proposals for 2016/17 onwards. Such a working group to be established by March 2015 and report by August 2015.

It was unsurprising that the SNP administration was not for listening and pushed these cuts through but the position of the Labour Group was, frankly, astonishing.   Having "borrowed" savings I had identified and trying to pass them off as their own in their own amendment, Labour then failed to support my amendment.

The only conclusion one can draw from that is that Dundee Labour is comfortable with the SNP's West End and Baxter Park Bowling Green closures and the cuts in street cleaning, as Labour did not attempt to reverse these SNP cuts in their own amendment.

My amendment was as follows : 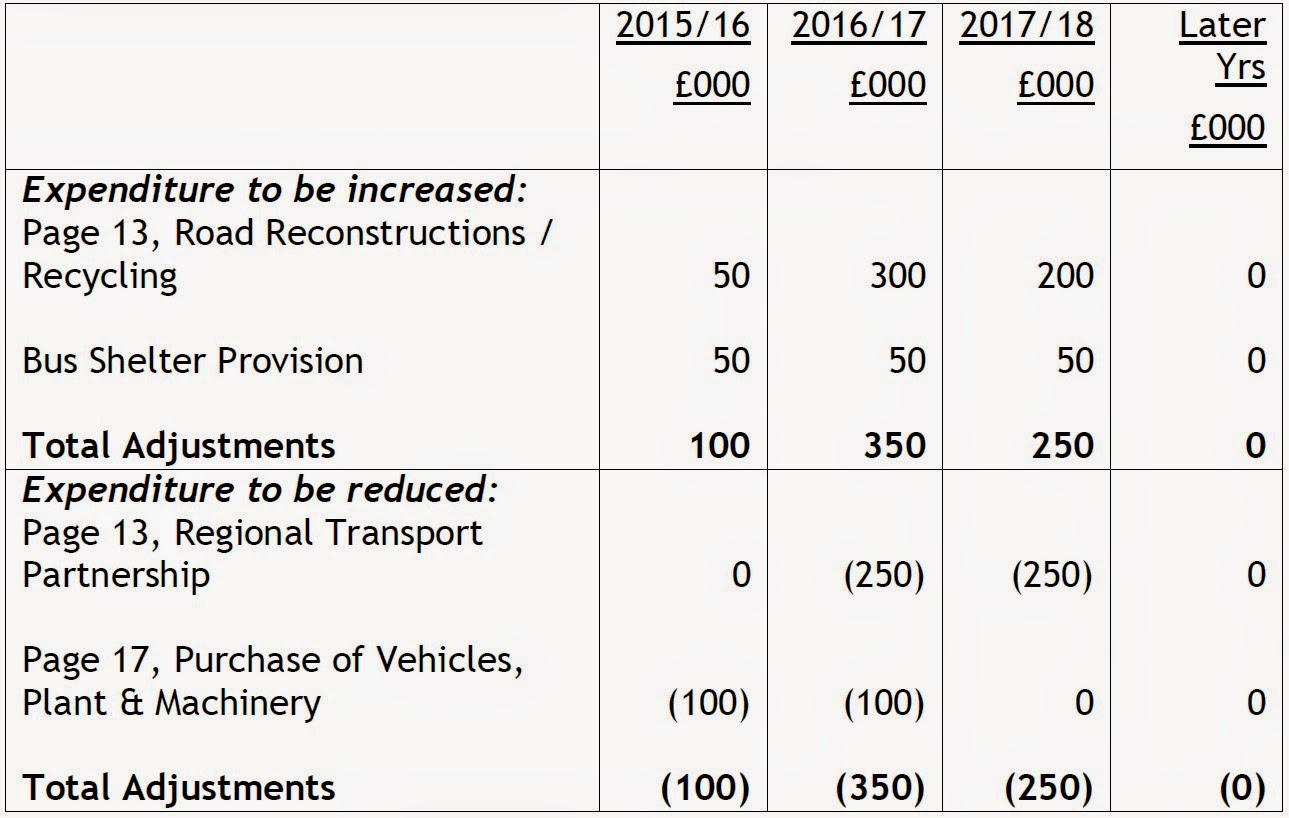 This would have increased roads resurfacing in Dundee by £550 000 over the next three years and provided for a budget for new bus shelters where they are required.