A constituent recently contacted me regarding an HGVs issue in Farington Street as follows:

"For some years now we have had problems with larger HGVs using Farington Street to get from Perth Road to Blackness Road.    Drivers unfamiliar with the area do not realise that, after the street rounds the corner to the right, it then joins Westgrove Avenue which is considerably narrower and on a very tight corner.  The problem seems to have been exacerbated recently by the use of sat navs which are directing HGV drivers up Farington Street, these devices not taking into account the physical layout of the junction at the top.

It came to a head (recently) when a driver became completely stuck on the corner with his articulated lorry and trailer.  He ended up blocking the road for around half-an-hour as he carefully manoeuvred the large trailer using his fork-lift truck to align it so that he could then continue north on to Blackness Road." 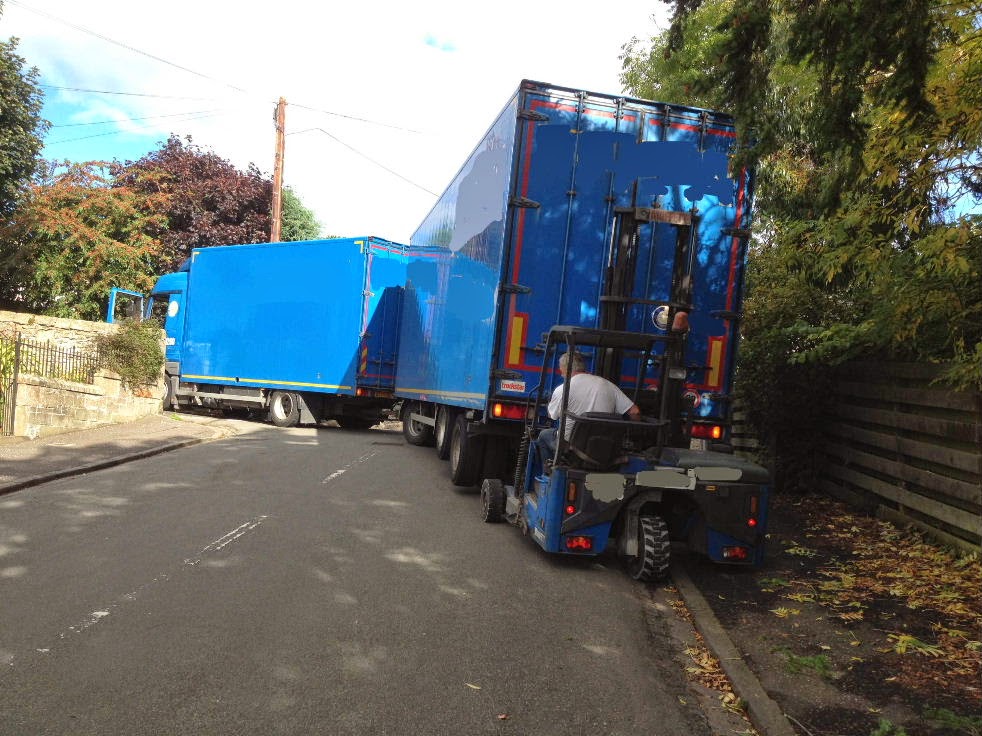 I contacted the City Council's Head of Transportation who has responded positively, saying, "We've looked at this previously and I feel that these pictures really illustrate perfectly the situation HGV drivers could inadvertently find themselves. Some advisory signage at the foot of Farington Street seems appropriate."

The Team Leader in the council's Network Management Team has since advised that:

The Minor Works budget which would provide funds for this type of works is committed for this years budget 2014/15 with the projected expenditure as per budget availability.

If additional funds become available I will arrange for the signs to be placed this financial year. However if no additional funds are available the signs will be included in 2015/16 Minor Works Programme for works to be carried out in the first quarter."
Blog Update by Bailie Fraser Macpherson at 08:30
Email ThisBlogThis!Share to TwitterShare to FacebookShare to Pinterest
Labels: Farington Street
Newer Post Older Post Home