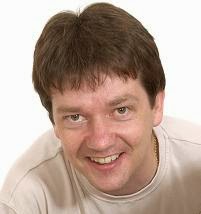 Tickets price £5 at the door.

Neil Paterson began learning bagpipes at the age of 12 and was taught first of all by his father, Peter.   He spent many years with his local pipe band - Kinross and District - as well as spells with Torphichen and Bathgate pipe band and  Kelty and Blairadam.   In 1991 he took up the Scottish small pipes having saved up every penny he earned to buy a set of Hamish Moore's pipes. A subsequent encounter with local Singer/songwriter John Watt led to the pair performing as a duo in Folk clubs and festivals for a few years.

Since then Neil has worked with many traditional singers and bands including Pete Shepheard, Tommy Bonar and Jock Duncan as well as Jack Beck, Sheena Wellington, Tich Frier, Colin Ramage and Gaberlunzie. He was also part of 'The Keekin Gless', a group which also included Doris Rougvie,  Pete Clark, Ewen Sutherland and Carl MacDougal.

Together they performed songs, stories, poems and tunes from Perth and Kinross shire.   More recently, Neil has performed with The Carlos Nunez band and  The Chieftains.   Neil also plays tin whistle and Guitar. Much of his playing in recent years has been with 'The Orwell Ceilidh Band' along with his wife, Gail, on accordion. He also plays with 'Cairdeas', an exciting music and song trio which also includes Colin Ramage and Iain Anderson.  Neil also occasionally does solo gigs performing traditional material and some of his own music and songs.
Blog Update by Bailie Fraser Macpherson at 08:30
Email ThisBlogThis!Share to TwitterShare to FacebookShare to Pinterest
Labels: Friends of Wighton, Wighton Heritage Centre
Newer Post Older Post Home