Here's the details of the upcoming evening classes from HERA - together with information about enrolment night - click on the images below to enlarge and also more details are available here : 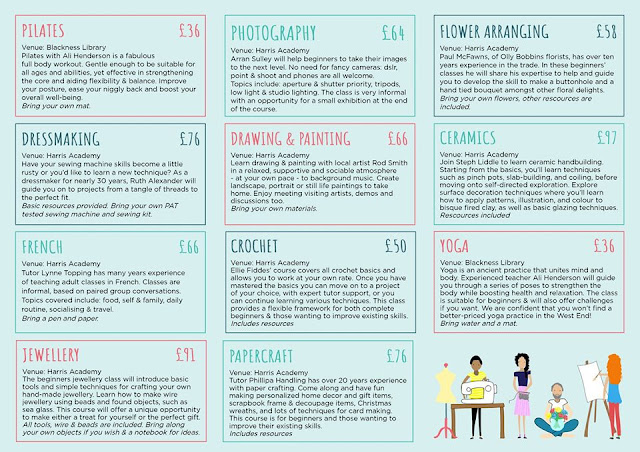 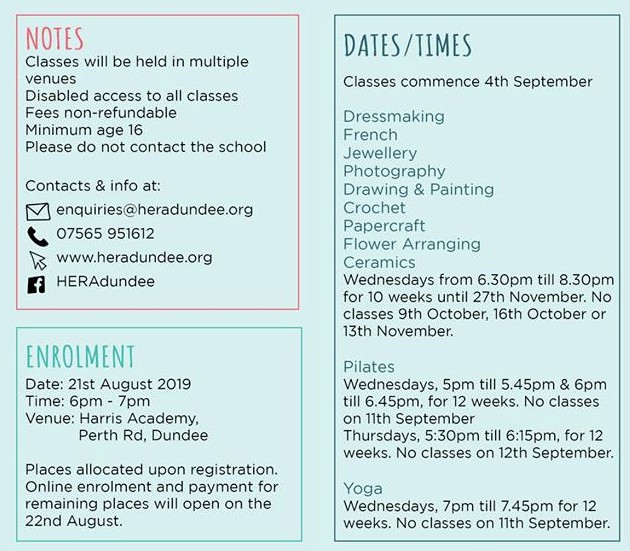