Bash Street’s back at The McMenace! 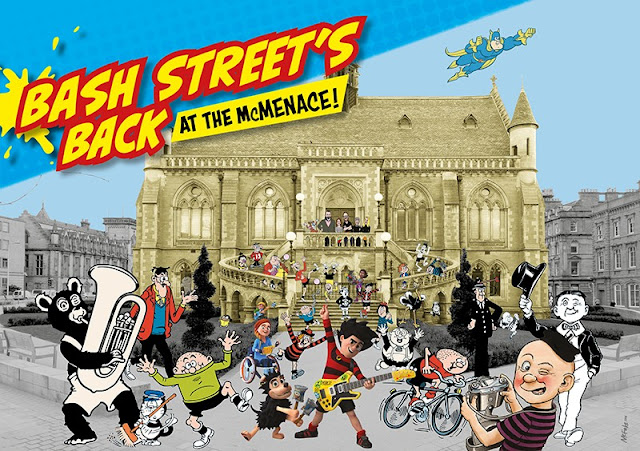 From 2nd June until 21st October :

This summer, join some of the city’s funniest and most loved characters as The Bash Street Kids take over the museum as part of a brilliant new exhibition!

First published in 1938, Beano has continued to entertain children and adults alike for 80 years. From Lord Snooty, Dennis the Menace, Minnie the Minx and of course The Bash Street Kids, DC Thomson have created some of the most iconic characters in comic history. This exhibition will look at DC Thomson’s early beginnings in the 19th century to their domination of the printing presses by the early 20th century.

But just how was a comic put together? We will look at the development of the machines that produced the publications and the people of the kids of the High School of Dundee, to the artists such as Dave Sutherland, who has drawn the Bash Street
Kids since 1962.