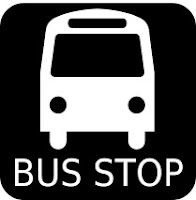 A number of constituents have commented to me about the lack of temporary bus stops on Blackness Road during the Scottish Water temporary works.

I contacted the City Council's transportation team about this and have been advused as follows :

"The extent of the works is temporary traffic lights contained within the area between Forest Park Road and Rosefield Street.

The contractor has displayed signs informing passengers that both bus stops are out of use.

A temporary stop cannot be erected in place of either bus stop due to safety. Installing stops to the east would mean buses stopping outside the Fire Station, or close to a bend, which are also close to an excavation and in an area which has limited footway close to the carriageway.

Furthermore temporary stops cannot be installed to the west, as this area is still confined within the works, and installing stops outside the works area would mean they were too close to existing bus stops.

Passengers should instead use existing bus stops, Blackness Road opp Peddie Street and near Abbotsford Street which are both approximately 250-300m west of the bus stops which are out of use."

“The original timescale was 2 weeks from 9th October.  I would fully expect all works to be completed by end of play Sunday 22nd October.”
Blog Update by Bailie Fraser Macpherson & Cllr Michael Crichton at 08:30
Email ThisBlogThis!Share to TwitterShare to FacebookShare to Pinterest
Labels: Blackness Road
Newer Post Older Post Home