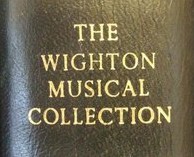 One of Scotland's most talented and innovative acoustic guitarists, David’s strong, self penned melodies are backed up by a creative use of real-time sampling and looping, resulting in rich textures of sound live on stage. Improvisation is increasingly becoming a feature of his live shows.

Audiences from Hollywood in California to Rostov-on-Don in Russia and from Andalucia to Berlin have warmed to his unique approach to making music.

Nearer home David has performed at festivals such as Glasgow's Celtic Connections, the Edinburgh Fringe, Kirkmichael international Guitar Festival, and the International Guitar Festival of Great Britain, as well as frequent appearances on radio and television. He recently featured in a Scottish Television documentary about the acoustic guitar alongside Martin Taylor and Gordon Giltrap.

His second album "Guitar Gi-tar" won warm reviews, and was launched at Sound City in Glasgow, an event sponsored by Radio 1. His debut CD "Reporting" was produced by Scottish singer songwriter, Dougie MacLean.

“Nashville session musicians are the hardest people in the world to impress – I remember an evening at the Tennessee Performing Arts Centre when they rose as one to give David Allison a standing ovation!” Sheena Wellington .