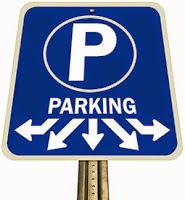 I have tonight criticised the City Council's administration for its complacent attitude towards tackling parking problems in the West End of the city.

At tonight’s City Development Committee, I moved the following motion :

“Committee notes with concern that, following the consultation exercise in 2012 in part of the West End Ward relative to a possible residents’ parking scheme, the parking situation for residents and local businesses in the area concerned has worsened.

Committee therefore instructs the Executive Director of City Development, during the 2016/17 financial year, to undertake a further consultation with community groups, local residents, the business community and other stakeholders such as the University of Dundee, to ascertain views as to measures short of a parking scheme that covers the whole of the original consultation area, that may have public support for possible future introduction.

Committee also instructs the Executive Director of City Development to report back on his findings and recommendations to this committee by 31st March 2017.”

My motion attracted 12 votes but I was outvoted by 15 SNP and Conservative councillors who supported “the status quo.”

It is highly disappointing that SNP and Conservative Councillors showed such complacency in failing to support further consultation with the community to find ways forward to improve parking in the West End.    I am very unimpressed with their ‘do nothing’ response to my proposal.  It will now clearly need a change of direction after the 2017 council election to ensure the parking issue is properly tackled.    Meantime, I will continue to campaign for parking improvements for the area.

Since the failed consultation now some years ago, it is obvious from the level of complaints from residents that the parking situation is getting worse not better and that local people find it increasingly difficult to get parked near their homes.    I therefore feel strongly that the council simply cannot walk away from the problem but must consider some further consultation on revised proposals – for example on a mix of different solutions each covering smaller areas, rather than the ‘wide area’ proposal suggested back in 2012.

There’s a real need to be proactive on the very significant parking problems for residents and businesses in the area.
Blog Update by Bailie Fraser Macpherson at 21:49
Email ThisBlogThis!Share to TwitterShare to FacebookShare to Pinterest
Labels: parking, West End
Newer Post Older Post Home