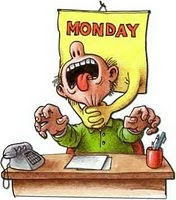 Today, my LibDem colleague Cllr Helen Dick and I had a very useful meeting with the City Council's Chief Executive about a number of current issues.
Later this afternoon, I held my two weekly ward surgeries at the Mitchell Street Centre and at Harris Academy.
At tonight's Development Management Committee, I moved approval (against the officer recommendation) of an application for a further 25 student studio apartments at Taymills in Brown Street.   This is an ideal location for further student housing, close to the University of Dundee, Unversity of Abertay Dundee and Dundee College campuses.   The application received support from Student Services at Dundee College.
Crucially for me, it aimed to provide 25 high quality student studio apartments that would have relieved the pressure on tenement flats in residential areas of the West End.   The application could have been approved with a Section 75 legal agreement to ensure the apartments could not be turned into mainstream residential accommodation at any point in the future.
Unfortunately, however, an opportunity lost as I was defeated in a division 17-10.
Blog Update by Bailie Fraser Macpherson at 22:05
Email ThisBlogThis!Share to TwitterShare to FacebookShare to Pinterest
Labels: Dundee City Council, Surgeries
Newer Post Older Post Home