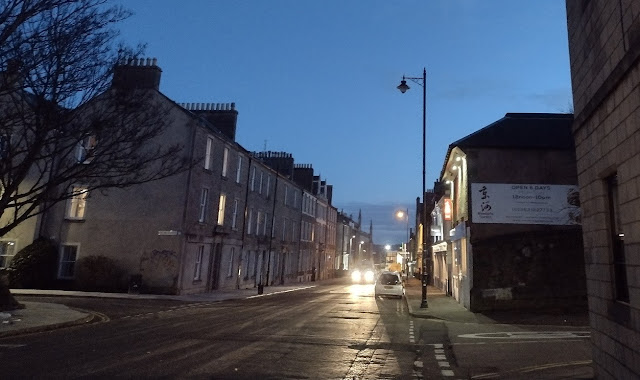 Residents will have noticed that there were three street lights at the north end of South Tay Street have not been working, making that end of the street very dark. There was also a light out in the nearby council car park.

I have had several complaints about this and reported this to the Street Lighting Partnership Manager.

I have since had this update :

"We are aware of these lights but unfortunately, we are having issues sourcing components to repair them.

As we have been unable to source replacement parts for the lights, we have removed them and replaced them with some temporary fittings to at least keep the area lit."
Blog Update by Bailie Fraser Macpherson at 07:00
Email ThisBlogThis!Share to TwitterShare to FacebookShare to Pinterest
Labels: South Tay Street
Newer Post Older Post Home