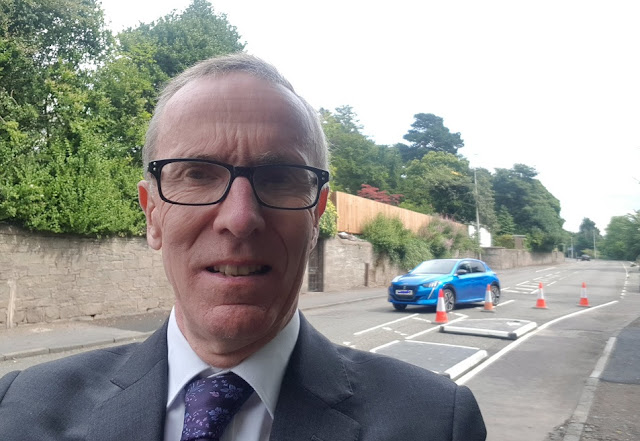 I have had numerous (and I mean numerous!) concerns raised by residents about the proposed road layout on Perth Road at Invergowrie Drive and near Glamis Road to accommodate the merger of cyclists and vehicles from the sections of new cycle lane.

The provision of traffic islands I (and many residents) felt was not a good idea at all as it was resulting in vehicles going onto the opposite side of the road and I questioned this with the project manager, passing onto him many residents' concerns.

As a result I was advised that a review meeting was taking place yesterday and I have now been advised :

"Following a review of the works on the Perth Road and considering the concerns expressed by members of the public, I have ordered the removal of the islands. An alternative design to safely merge cyclists and vehicular traffic has been agreed and will be implemented as soon as possible.

The islands and give way markings should be removed by the end of the week."

There have been other issues raised by residents such as lining at driveways and inappropriately placed cycle lane markers at a pedestrian crossing and I am also assured these will be sorted.