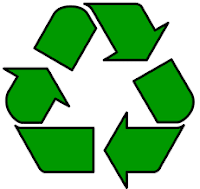 Dundee City Council is to alter the recycling arrangements for thousands of Dundee households from April in order to ensure that the recycling offer is consistent across the city.

I recently asked for an update on the recycling roll-out as Phases 1 and 2 undertaken in 2015 are done differently than the later phases.      Phases 1 and 2 includes all of the West End Ward apart from the area around the Perth Road Lanes, together with parts of Broughty Ferry, Menzieshill, Lochee and Charleston and affects some 24 000 households.

In Phases 1 and 2, paper, card, plastics and tins were recycled together in the same blue recycling bin with a burgundy bin used for glass recycling.    However, since then the Scottish Government’s ‘Charter for Household Recycling in Scotland’ has insisted that paper and card should not be collected along with tins and plastics, so from April, the 24 000 households on the ‘old’ method of separation of recyclables will be switched to putting tins, metals and plastics into the burgundy bin.   Glass will no longer be collected in a household recycling bin but at nearby neighbourhood recycling points.

It is unfortunate that a change is necessary to what goes into each recycling bin for 24 000 households in the early phases of the recycling rollout back in 2015 but the government’s ‘Charter for Household Recycling in Scotland’ did change the goalposts in terms of what can be collected together.   It is necessary to ensure that the recycling offer is the same for everyone right across Dundee – the later phases’ households rolled out last year are already on the new method of recycling and use of bins.

It is vitally important that this change in recycling arrangements this coming April goes smoothly for households and is well-explained and communicated to residents.    This is particularly important as the later phases of recycling changes last year had not gone according to plan at implementation and had led to many complaints and concerns from residents.

I have also sought assurances that any outstanding issues from Phases 3 and 4 have now been implemented – such as the siting of Eurobins and requests from residents to move or site them better.

I am happy, as always, to speak with any West End resident with any outstanding bins or recycling problems or concerns.

Copy of detail sent to councillors by the council’s Implementation Project Manager :

“I am writing to advise you of the forthcoming changes to recycling collections in parts of the West End, Broughty Ferry, Charleston, Menzieshill, Lochee and all surrounding areas which were previously included in Phases 1 & 2 of changes to waste services in 2015.

As you know, in recent months we have been introducing a slightly different version of the 2015 changes across other areas of the City. The reason for the difference was the 2016 introduction of the Scottish Government's "Charter for Household Recycling in Scotland" which details a preferred single collection methodology for all councils in Scotland.

The aim, in asking all Councils to adopt this standard collection model, is to make recycling systems easier for residents to use and understand as well as increasing the quality and quantity of recycling collected.

In order to comply with this Charter, Dundee City Council subsequently amended the collection model from the 2015 version and introduced this across other areas of the City in 2017.

We now wish to revisit the areas covered by the original changes and bring them in-line with the rest of Dundee.

These changes will commence on Monday 16th April and will comprise:

Information on the changes will be communicated to residents in the next few weeks by means of "teaser" letter which outlines the new system and lists the dates for a series of Drop-In information sessions which have been arranged.

A subsequent full information leaflet and revised collection calendar (where applicable) will then be delivered to affected households approximately 1 week prior to the new service starting. Copies of these communications will of course be forwarded to yourselves in due course.

These communications will fully explain what residents should do if their bins contain the OLD material mixes (e.g. glass in a burgundy bin) at the time of the first collections. There will be no requirement for residents to empty any materials out of the bins themselves.”
Blog Update by Bailie Fraser Macpherson at 08:30
Email ThisBlogThis!Share to TwitterShare to FacebookShare to Pinterest
Labels: Dundee City Council, recycling
Newer Post Older Post Home