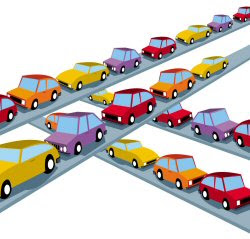 Following a recent letter in the "Evening Telegraph" which called into question the City Council's commitment to improving Dundee's roads, many thanks to the Tele for printing my response (as City Council Planning & Transport Convener) in last night's edition :
Work ongoing to improve roads
I refer to the comments by Road User about Dundee.
Far from “nothing much has been done” to improve the city’s roads’ condition, Dundee City Council has already committed an additional £1 million capital funding this financial year for improvements and a further £1 million each year is committed for the following two years — 2009/10 and 2010/11.
Additionally, initiatives such as the new Rapid Rhino repairs process will, over time, make a significant improvement to repair quality across Dundee.
With over 330 miles of roads in the city to maintain, I do not underestimate the challenge of the task but the city council is making every effort to meet that challenge. — Councillor Fraser Macpherson, Convener of Planning and Transport, Dundee City Council.
On an unrelated matter, the final result of the "Dunfermline Press" online poll on voting intentions for the forthcoming Glenrothes by-election was :
Which party do you think will win the forthcoming Westminster by-election in Glenrothes?
Poll Ends: Wednesday, 1st October, 2008 12:30, this poll is now closed, results were:
Conservative 1.3%

Any other 0.2%
So a Labour/Nationalist two horse race?! All to play for!
Blog Update by Bailie Fraser Macpherson at 18:37
Email ThisBlogThis!Share to TwitterShare to FacebookShare to Pinterest
Labels: Glenrothes, Roads
Newer Post Older Post Home