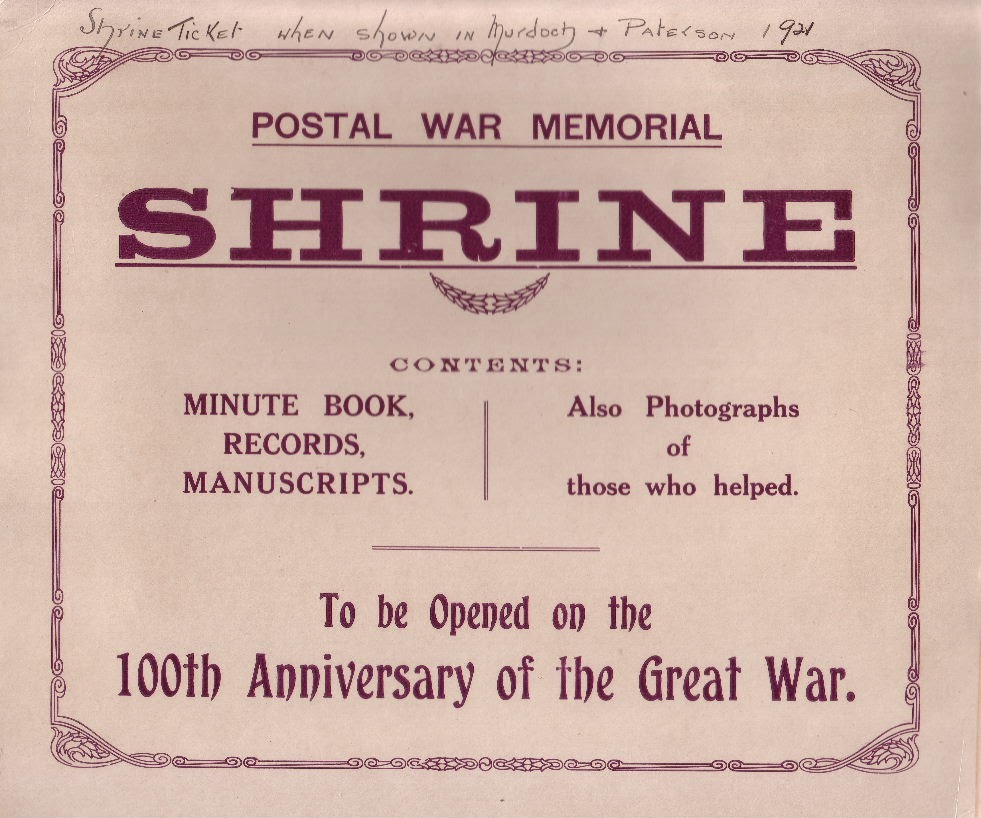 This Thursday the Great War Dundee partnership will be giving the public the first chance to explore the contents of a unique WW1 time capsule.

Many of you will have seen the media coverage when we opened the time capsule created by Post Office workers in Dundee at the end of the Great War. The creators of the shrine had instructed that it should be opened by the Postmaster in the presence of the Lord Provost on 4 August 2014.    The event took place in City Chambers in front of an invited audience including Post Office and Royal Mail staff and relatives of postal workers of the time, and since then a selection of its contents have been on display at The McManus: Dundee’s Museum & Art Gallery.

Two public sessions have now been organised as part of the Great War Dundee partnership’s programme of events, allowing a detailed look at some of the letters, photographs and documents contained in the shrine. Invited guests will be reading extracts from the letters, which include letters sent home by soldiers at the front, a letter from the Lord Provost of 1921 to his 2014 successor, and the fascinating glimpse of life at the end of the war provided by telegraphist Annie K Lamont. University museum curator Matthew Jarron will be introducing the contents, and historians Billy Kenefick and Derek Patrick will also be on hand to explain the historical context and answer questions.

The two sessions will take place at the McManus Collections Unit in Barrack Street on Thursday 9th October and Thursday 16th October between 10-12pm. The sessions are free but booking is essential. Call McManus Reception on 01382 307200 to book.