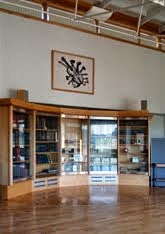 Doors open at 10.30am, concert starts 11am, tickets £5 at door, coffee and biscuits available (£1 donation suggested)

With an upbringing steeped in Highland piping tradition, Martin started playing guitar for local ceilidh bands in his early teens. This is where he developed his unique accompaniment style.   He still prefers playing a West Highland, pipe-tune based repertoire as reflected in the duos he has formed with fiddlers Carol Anderson and Katherine Liley. He has also appeared regularly with such folk luminaries as Dave Swarbrick and Cathal McConnell.  As well as accompanying, he plays solo guitar arrangements of traditional tunes. Martin does not like folk-pop.


Katherine is from Claigan on the Isle Of Skye but now teaches strings in Angus, and runs the county youth folk group.   She also presents 'Celtic Celebrations' on Heartland FM.   An honours graduate from Strathclyde University's BA Applied Music, she studied and performed with some of Scotland's best known musicians.    She toured widely in the past with Skelpaig and 2014 has included performances at Belladrum and Hebridean Celtic Festival.  Her latest project involves tunes from Gow's and other great Scottish Collections, along with her own compositions and a large helping of Gaelic and pipe tunes.
Blog Update by Bailie Fraser Macpherson at 08:30
Email ThisBlogThis!Share to TwitterShare to FacebookShare to Pinterest
Labels: Friends of Wighton, Wighton Heritage Centre
Newer Post Older Post Home