My weekly ward surgeries will commence again at the start of the new school term later this month (first surgery at Blackness Primary School - Thursday 15th August) but, with the closure of the Harris Academy building in Perth Road for the next three years during the new school building project, my Harris Academy surgery each Monday during school term time will move to the main foyer Mansion House at the West Park Centre, just across the road.

There's no change to the surgery days or times and my other two surgeries (Mitchell Street Centre and Blackness Primary School) are completely unchanged.

I am very grateful to the West Park Centre for allowing me to use the centre for my surgery covering the west of the West End Ward over the next three years until Harris Academy's return to Perth Road.   The centre will also become the polling station for the area over the Harris decant period.

New surgery details are now available on the council website and a copy of my new surgery poster is below: 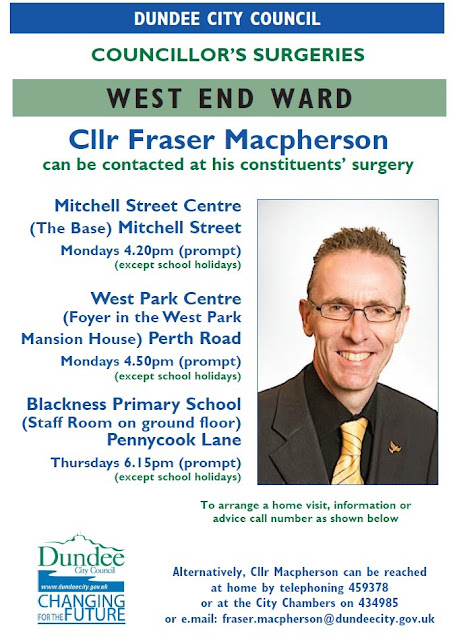