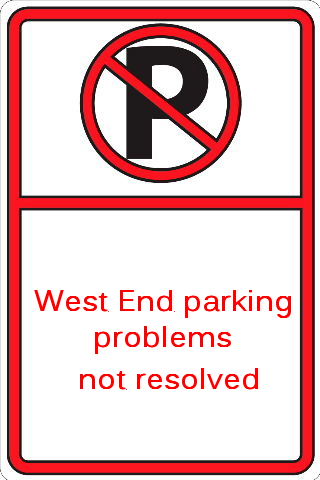 I have today heavily criticised Dundee City Council for yet further delays in bringing forward proposals for residents’ priority parking in the West End – a year and a half after the council undertook consultation meetings with local residents over the issue.
I have been continually asking the City Development Department to bring the outcomes of the consultation with the public to committee together with recommendations to improve parking for residents.
There is clearly good support for a residents’ priority parking permit scheme as long as it is reasonable and affordable as it would make it much easier for local residents to get parked. However, the council is taking an absolute age to bring proposals forward and there is a total lack of momentum on the part of Dundee City Council to get this issue resolved.
Well-attended consultation meetings took place in March 2020 just before the onset of the COVID-19 health emergency but there has been absolutely no progress by Dundee City Council since. In October 2020, the council said it hoped for progress in the first half of 2021.
It later said a report to committee would come forward by the end of 2021 and now it is kicking the ball even further down the road. This is apparently because separate consultations in two other wards are not complete but I see absolutely no good reason to further delay progress in the West End where the consultation meetings are long completed, a year and a half ago.
The council’s Head of Sustainable Transport and Roads has this week advised me :
“We previously advised of a December reporting target earlier in the year when the Covid transmission rate was supressed, and we were scheduled to recommence consultations in person. Following the re-emergence of high transmission rates these consultations were suspended which has resulted in a delay to the reporting programme.
Once we have identified with communities a preferred route for remote engagement, and scheduled the remaining consultations, we will update stakeholders with a revised timescale for reporting on the consultation.”
For some reason best known to itself, the council is further delaying progress on this important issue in the West End because it has still to do consultation in some in other parts of Dundee that have unrelated parking issues.        I fully agree that the other areas should have their consultation meetings and their issues properly tackled, but delaying the West End proposals further because of consultation meetings in other areas that are unrelated to the issues in the West End makes absolutely no sense.
The council is losing public confidence in the West End over its snail’s pace approach to the parking problem and I am calling on the council to finally put some momentum behind this and bring forward proposals to help local residents and give concrete assurances as to timescales.
Blog Update by Bailie Fraser Macpherson at 07:00
Email ThisBlogThis!Share to TwitterShare to FacebookShare to Pinterest
Labels: parking, West End
Newer Post Older Post Home