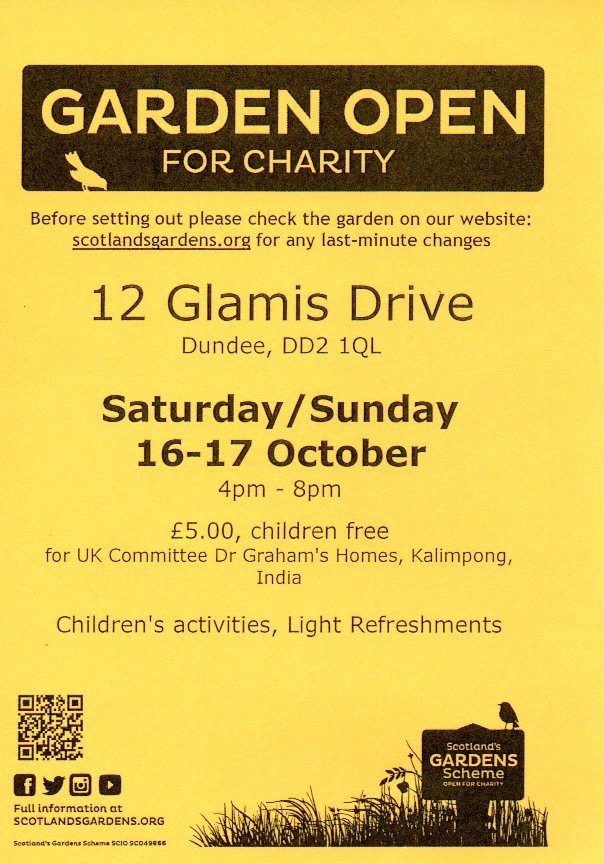 Next weekend again sees Frances and John Dent in Glamis Drive open their beautiful garden to residents, as part of Scotland's Gardens Scheme.
Not only is a visit to the garden a pleasure - it also helps raise funds for charity.    This time, John and Frances are supporting Dr Graham's Homes in Kalimpong, West Bengal.
The homes were founded more than 100 years ago as an orphanage for Anglo-Indian children.   Since then it has developed to be a successful boarding school for children from Nursery to Senior ages, with an additional hostel in Kolkata for school leavers progressing to higher education.
The pupils now come from a range of socially deprived families rather than as orphans.   Approximately half of the boarding pupils are partially or fully sponsored by an international group of supporters especially from the UK.    As Dr Graham was a Moderator of the General Assembly in the 1940s, the Church of Scotland has a long-standing interest in the homes.
So, please visit next weekend - a lovely garden to see and a very worthwhile charity being supported.
Blog Update by Bailie Fraser Macpherson at 07:00
Email ThisBlogThis!Share to TwitterShare to FacebookShare to Pinterest
Labels: Glamis Drive
Newer Post Older Post Home