This photograph below shows part of Dundee's Perth Road, known as Invercauld Place, here leading eastwards towards the city centre.

No. 143 was the grocer, David (later Mrs David) Sewart and, beyond Pennycook Lane, which led northwards to Hawkhill, was a butcher shop, which was probably what is listed in the Dundee Directory as John Birse, flesher, at No. 133. 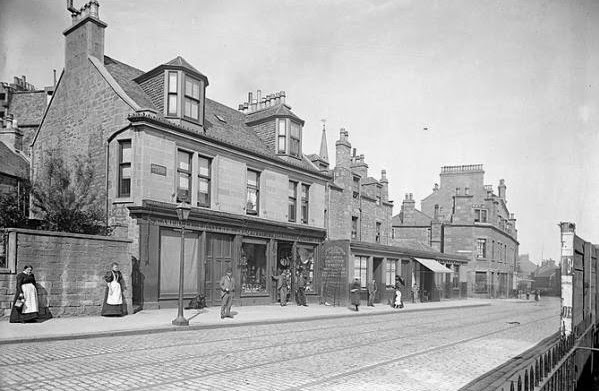