Blackness House (below) was a picturesque 17th century mansion, demolished before World War II. It is shown on Ordnance Survey maps of the periods in extensive grounds, and a bowling green to the south side, the North Lodge House being on Blackness Road.

In 1867, J. B. Brechin published a list of paintings by the old masters in the Blackness House Gallery, which included Giotto, Bruegel, Gainsborough, Rembrandt, Raphael, Rubens and Titian.

In 1894, when Alexander Wilson took this photograph, Blackness House belonged to John E. Prain, listed in the Dundee Directory as a manufacturer. James Prain and Sons, spinners and manufacturers, owned Larchfield Works in Walton Street. 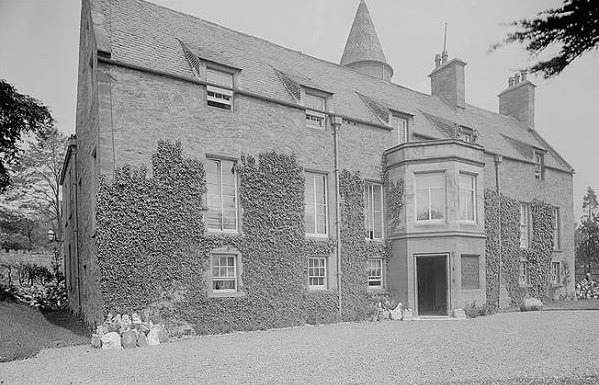