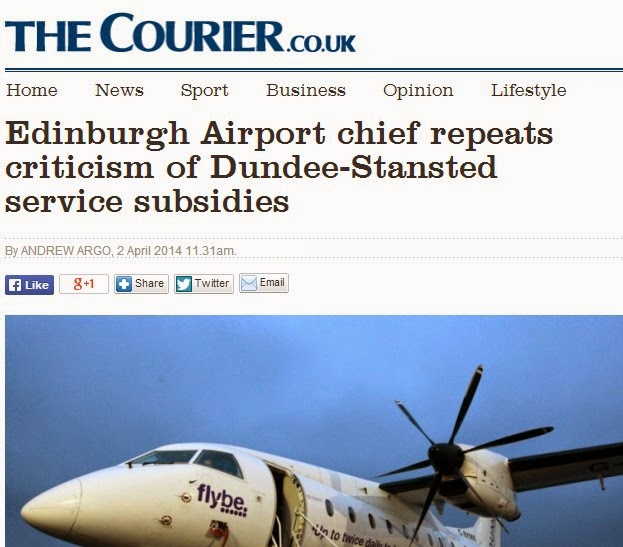 Today's Courier covers more comments from Edinburgh Airport Chief Executive, Gordon Dewar, about flights from Dundee Airport, indicating that he believes the new Dundee to Stansted service is a waste of public money.    I do think its clear that his comments are clearly motivated by nothing more than self-interest.

I had to smile when I read that Mr Dewar wants public funding moved to improve linkages to his airport, no doubt to improve his own profits.

It is quite right that there is public support to ensure that the people of Scotland get a good choice of airports and air travel.   We should not be left with just a central belt Glasgow/Edinburgh choice and the new Dundee flights to Stansted give a very accessible, local option for people in Tayside, Fife and the wider region to have an alternative air travel choice.

Perhaps Mr Dewar should be instead putting his efforts into reducing the dreadfully high car parking charges at his own Edinburgh Airport, which would be a better use of his energies.