A Glimpse of a Great Vision 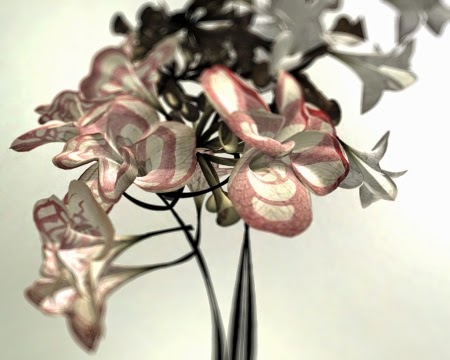 This major exhibition features the results of a two-year project by the University of Dundee funded by the Art Fund’s RENEW scheme to build a collection of significant artwork inspired by D’Arcy Thompson, our pioneer of life sciences. D’Arcy’s book On Growth and Form had a huge influence on some of the most important artists of the 20th century, and continues to act as an inspiration today. As well as work by notable figures such as Henry Moore, Victor Pasmore, William Turnbull and Wilhelmina Barns-Graham, the collection includes recent work by Will Maclean, Andy Lomas and Marion Smith, and specially commissioned pieces created in direct response to the D’Arcy Thompson Zoology Museum by Daniel Brown, Gemma Anderson, Roger Wilson and others. The exhibition features paintings, prints, sculpture, video and computer art, exploring the fascinating links between art and science. It will be accompanied by a new publication designed as a limited-edition artist’s book by David Faithfull.

To tie into the project and the exhibition the following event is running :

To launch the exhibition A Glimpse of a Great Vision, digital artist and CG effects supervisor Andy Lomas will give a talk about his work and the influence D’Arcy Thompson has had on him and other digital artists. Andy’s production credits include Walking with Dinosaurs, The Matrix films and Avatar. Inspired by D'Arcy Thompson, he has been exploring how intricate complex organic forms can arise from the digital simulation of morphogenesis. This work is influenced by nature, but with the aim of investigating archetypal forms that can arise emergently from iterative growth-like processes rather than top-down externally engineered design.

He has had work in over 40 joint and solo exhibitions, including SIGGRAPH, the Japan Media Arts Festival, Festival Ars Electronica, the Centro Andaluz de Arte Contemporaneo, the Los Angeles Center for Digital Art, and was selected by Saatchi Online to contribute to a special exhibition in the Zoo Art Fair at the Royal Academy of Arts.
Blog Update by Bailie Fraser Macpherson at 08:30
Email ThisBlogThis!Share to TwitterShare to FacebookShare to Pinterest
Labels: University of Dundee
Newer Post Older Post Home