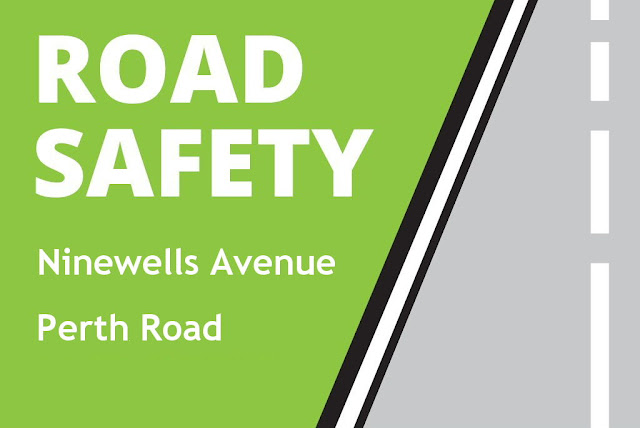 Residents have contacted me expressing concern at the speed with which some vehicles approach the roundabout at the bottom of Ninewells Avenue that links the street to Perth Road.    Several have suggested that additional SLOW markings should be added at approaches to the roundabout.

I highlighted this to the City Council and the Traffic and Road Safety Team Leader has responded helpfully as follows :

"I will get one of my colleagues to have a look on site at this roundabout and see if installing a couple of SLOW markings down is appropriate.

SLOW markings can be used to warn drivers of a potential hazard and where speeds need to be moderated. We just need to make sure that there is not an over proliferation of them as they lose their effectiveness as drivers would start to ignore them."