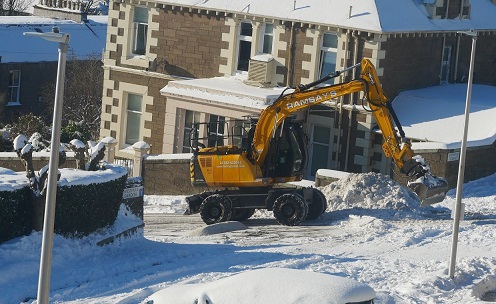 During the significant snowfall in early February, as part of the snow clearance effort on West Park Road, a JCB was used to remove much of the build up of snow.
Regrettably, as residents have since pointed out to me, the JCB caused some damage to the road surface.
The damaged part of West Park Road is mainly at the junction of Westpark Gardens and Norwood Terrace.
I have since raised this with the City Council's Roads Maintenance Partnership and it has been agreed that a site inspection will take place to check the extent of damage and then get repairs undertaken.
Blog Update by Bailie Fraser Macpherson at 07:00
Email ThisBlogThis!Share to TwitterShare to FacebookShare to Pinterest
Labels: West Park Road
Newer Post Older Post Home