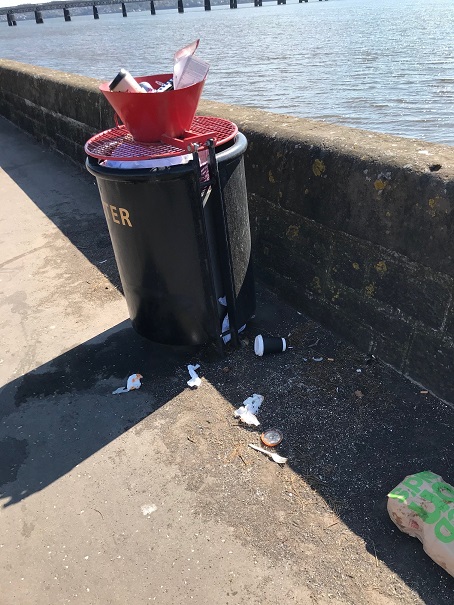 In recent weeks, I have had repeated concerns from residents about the full bins and extent of litter on Riverside Drive, particularly the stretch from the Bridgeview Station restaurant in the west to the V&A in the east.
I raised this again with environment management at the City Council and have received the following helpful response :
"As you know this area has saw a dramatic increase in footfall over the last year, particularly during periods of lock down. At the weekend the bins and litter picking would traditionally be on a route which covers quite a number of areas in the west end of the city and it was often the afternoon when it arrived at Riverside.
To try and alleviate the litter issues that are now occurring, over the last few weekends we have deployed an additional member of staff, who starts at the V&A/Slessor Gardens and works out to Riverside and Magdelen Green. This is an additional resource and not a replacement of the existing service. Depending on when the picture was taken it my have been that they had not arrived at Bridgeview, the lighter evenings mean that people are staying out later, creating additional work for us in the morning.
There are also 2 additional litter bins to be installed at Bridgeview, which is where most of the complaints occur.
We will continue to monitor the situation to see if there are any further improvements we can make."
Blog Update by Bailie Fraser Macpherson at 07:00
Email ThisBlogThis!Share to TwitterShare to FacebookShare to Pinterest
Labels: Riverside Drive
Newer Post Older Post Home