I have called on Dundee City Council to consider additional or alternative uses for the Technopole site in the West End (see photo below) that has sat largely empty for more than the previous decade. 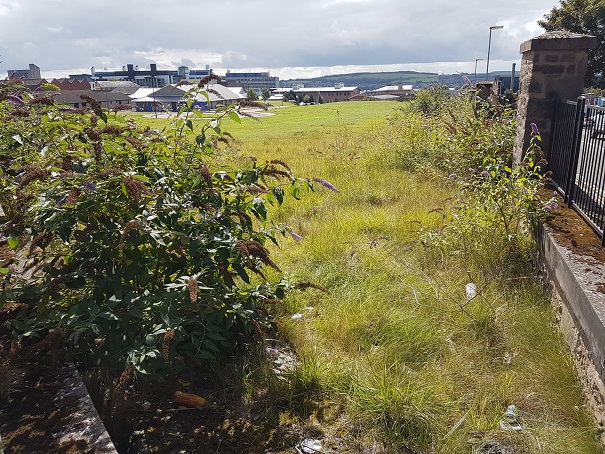 The site runs to the east of Annfield Road from Blackness Road in the north to Hawkhill to the south.   Funded originally to establish biotechnology, creative industries and digital media operations,  there is some business use of the site but much of it has not been developed and sits empty and, in parts, overgrown.

Following constituent concerns about the lack of progress in getting the remainder of the site filled with new businesses and it sitting largely empty, I contacted the council’s City Development Director earlier in the spring about it - to be advised :

“I can confirm that DCD Ltd only own one building within the Technopole which is the Incubator II building in James Lindsay Place. The remaining buildings and land is in City Council ownership.

The Technopole infrastructure was part funded through ERDF and uses for the site are currently restricted to biotechnology, creative industries and digital media operations. Scottish Government approval to alter these restrictions would be required. Notwithstanding this, consideration is being given to alternative uses of the site which would be subject to Scottish Government approval and planning consent.”

(For info – DCD Ltd - Dundee City Development Limited - was established by the City Council some years ago to assist capital growth so the whole site is in essentially in public ownership).

I have now written again to senior council officers asking for a progress report on alternative uses for the currently unused parts of the site.    I have also suggested that part of the unused part at the northern end nearest Blackness Road could be converted into some parking provision even short-term to assist residents and businesses in the eastern part of Blackness Road, where parking is difficult.

It is vital that proposals come forward to make better use of the currently unused parts of the Technopole site.    It has been under-used for years and this situation cannot continue.    Some short to medium term parking provision would be a boon whilst a longer-term strategy is being developed.
Blog Update by Bailie Fraser Macpherson at 08:30
Email ThisBlogThis!Share to TwitterShare to FacebookShare to Pinterest
Labels: Annfield Road
Newer Post Older Post Home