Surgeries return - with an alteration!

Schools return for pupils next Tuesday (15th) - with the exception of Harris Academy which opens later for pupils [19th for S1, S4-6 and 22nd for S2-3] because of the full opening of the new building and move from the Lawton Road decant site.

With the return of the schools, my ward surgeries recommence (the first one being Blackness Primary School on Thursday 18th August) - but with one change - I have moved my Monday 4.50pm surgery that was decanted to the West Park Centre for the past three years back to Harris Academy where it has traditionally taken place.

My new surgery details poster is below : 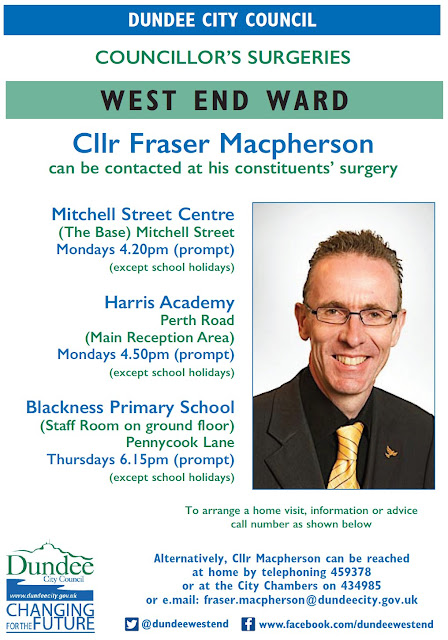