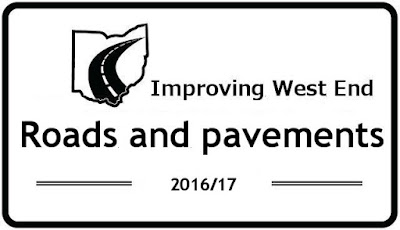 The City Council's City Development Department has advised of its programme for roads and pavements upgrades for this new financial year - 2016/17.    In the West End Ward, these are as follows :

A map of the proposals for the West End is below : 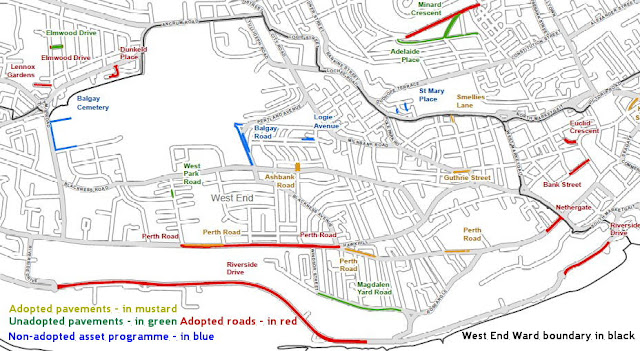 I am pleased at further progress on the unadopted pavements programme that will include the north edge of Magdalen Green again having a proper footpath (as it did historically).

It is particularly good to see roads and pavements being included where I have campaigned for improvements on behalf of residents - the two stretches of Perth Road's pavements east of Sinderins (on the north side) being two examples.
Blog Update by Bailie Fraser Macpherson at 08:30
Email ThisBlogThis!Share to TwitterShare to FacebookShare to Pinterest
Labels: Roads, West End
Newer Post Older Post Home