Safety outside schools, Discovery Walk and Dinner for Jim Thewliss

Yesterday, I participated in the latest meeting of the School Parking and Pupil Safety Working Group at which a group of senior council officers, councillors, head teachers and parent council representatives discuss and tackle safety and parking issues at our schools across the city.

We had a good discussion about a number of issues including risk assessments, safer routes to schools, issues at various schools and the safety planning for new schools projects including Harris Academy. 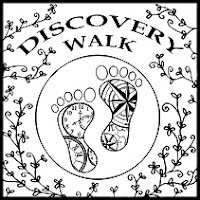 Thereafter, I attended the latest meeting of the Discovery Walk committee that took place at the University of Dundee.

I have previously mentioned the proposal for "Discovery Walk" in the new Waterfront area that will initially comprise nine plaques set into the paved area of the Green Space that depict some of the great Dundonians who have made a real contribution to the city in the field of discovery.

Yesterday, following public consultation, the nine initial winning nominees were chosen and will be announced imminently this morning on Wave 102 and in the local press today (so mum's the word meantime!)

Last night, after my ward surgery at Blackness Primary School, I had the great pleasure of attending the retiral dinner for Jim Thewliss, Head Teacher of Harris Academy, at the Invercarse Hotel.

There were great speeches by Jim's colleagues, former colleagues, the Parent Council Chair and Jim himself and it was a memorable night and a fitting tribute to Jim and his superb work at Harris Academy over 18 years.
Blog Update by Bailie Fraser Macpherson at 08:45
Email ThisBlogThis!Share to TwitterShare to FacebookShare to Pinterest
Labels: Harris Academy, Safer Streets, Waterfront
Newer Post Older Post Home