No ... not that one!     Earlier today, Cllr Jimmy Black, arguing the case for "Yes" in the referendum campaign and I - arguing the "No" case - participated in a debate at Sinderins Court for the residents of both Pennycook Court and Sinderins Court.

Chaired by Tina Bell of Home Scotland, I think all agreed it was a good natured, polite and positive discussion and a thoroughly wothwhile event.

Later on, along with my Dundee LibDem local party Convener Craig Duncan, I was campaigning for our good friend Cllr Tim Brett, in Newport on Tay.

Tim has been selected as the Liberal Democrat candidate in North East Fife, replacing Sir Menzies Campbell, who has been the constituency's highly respected MP for the past 27 years.

We had a great response on the doorsteps, reflecting Tim's hard work in the area.    Here's a photograph of some of the team from tonight: 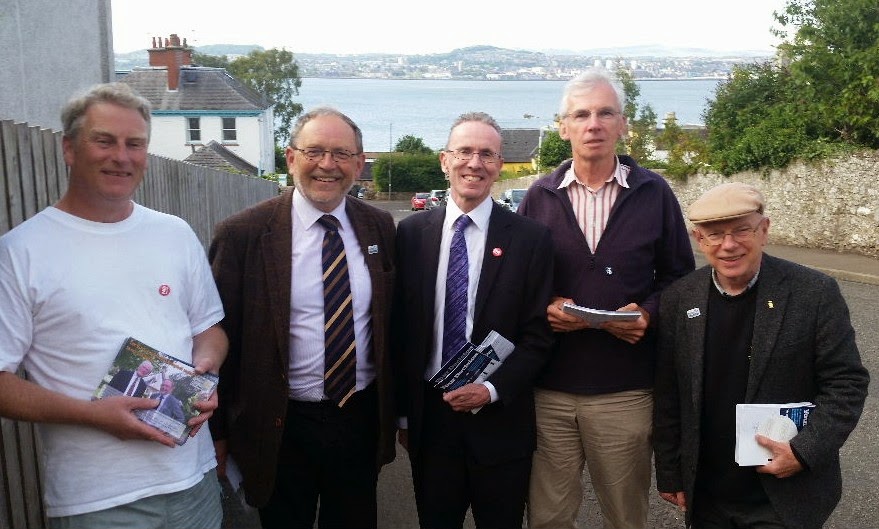