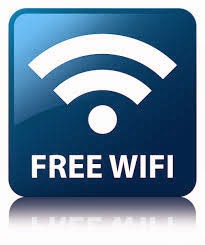 Recent news that free public wi-fi will be available in Glasgow’s streets and public spaces from the start of the 2014 Commonwealth Games and that Edinburgh city centre could have free open-air wi-fi as early as this summer, has highlighted the need for Dundee to have a similar offering as soon as possible.

As town and city wireless internet access becomes more common, more and more across the world are setting up free town/city centre wi-fi hotspots for their citizens and visitors and its something I am very keen to see implemented in Dundee.    Many cities are discovering it's a good way to attract more visitors.   Already local businesses from coffee shops, hotels and restaurants, churches and bars are among the locations discovering the value of offering free wireless but a city centre wide wi-fi facility would be a boon for our city.

In addition, a free wi-fi city centre zone can be set up so that a 'landing page' is seen by everyone who begins to use the free zone.   Such a landing page can have lots of local information for visitors such as a calendar of local events and activities, a listing of local visitor attractions and other information of interest to visitors, such as nearby restaurants and shopping centres.      A good example of the success of this from a town in Vermont in the USA can be read here.

I raised the need for free public wi-fi for Dundee with the City Council and the Head of Information Technology has responded as follows:

"The Glasgow deployment is funded by a successful bid they made to the UK Technology Strategy Board in January 2013. The funding was for a Smart City Initiative.   The £24m bid also included development of a control room and smart CCTV and lighting.    Dundee made a bid, reached the short-leet stage, but were unsuccessful.

Edinburgh's wi-fi deployment is a result of an earlier funding award from the UK Department for Culture, Media & Sport (DCMS) for large-city broadband deployment.   For information, Aberdeen was subsequently successful in a similar DCMS bid for medium sized cities in late 2012.     We got to the later stages of this competition as well, but were unsuccessful.    The DCMS competitions were mainly around fixed broadband money being awarded, but winning cities also had to commit to awarding a wi-fi concession.    Although we do not know the reasons why we were not selected for the fixed broadband award, it is suspected that we were unsuccessful due to the high penetration of Broadband infrastructure that is already available in the city (mainly due to our predominantly urban area).    To be clear, this is high % availability of broadband cable in the ground, as opposed to high take-up.

However, we are looking at the business case for further city wi-fi deployment.   I am working with (economic development colleagues) to identify how a deployment could be funded, and what type of deployment would meet city needs.     We have had initial discussions with a consultancy, to determine the business model for wi-fi deployment.     It appears that offering a mobile provider the right to mount equipment on council street furniture, in return for them providing a free wi-fi service is the model that most cities are adopting.    However, there are issue around providers taking up these offers (in a competition) and state-aid issues around the wi-fi service having to be 'throttled-back' so as not to impact on service providers paid 3G/4G offerings."

I have been promised updates on progress with this and hope that the city will be able to move forward a free wi-fi offering in the near future.
Blog Update by Bailie Fraser Macpherson at 08:30
Email ThisBlogThis!Share to TwitterShare to FacebookShare to Pinterest
Labels: Dundee City Council
Newer Post Older Post Home